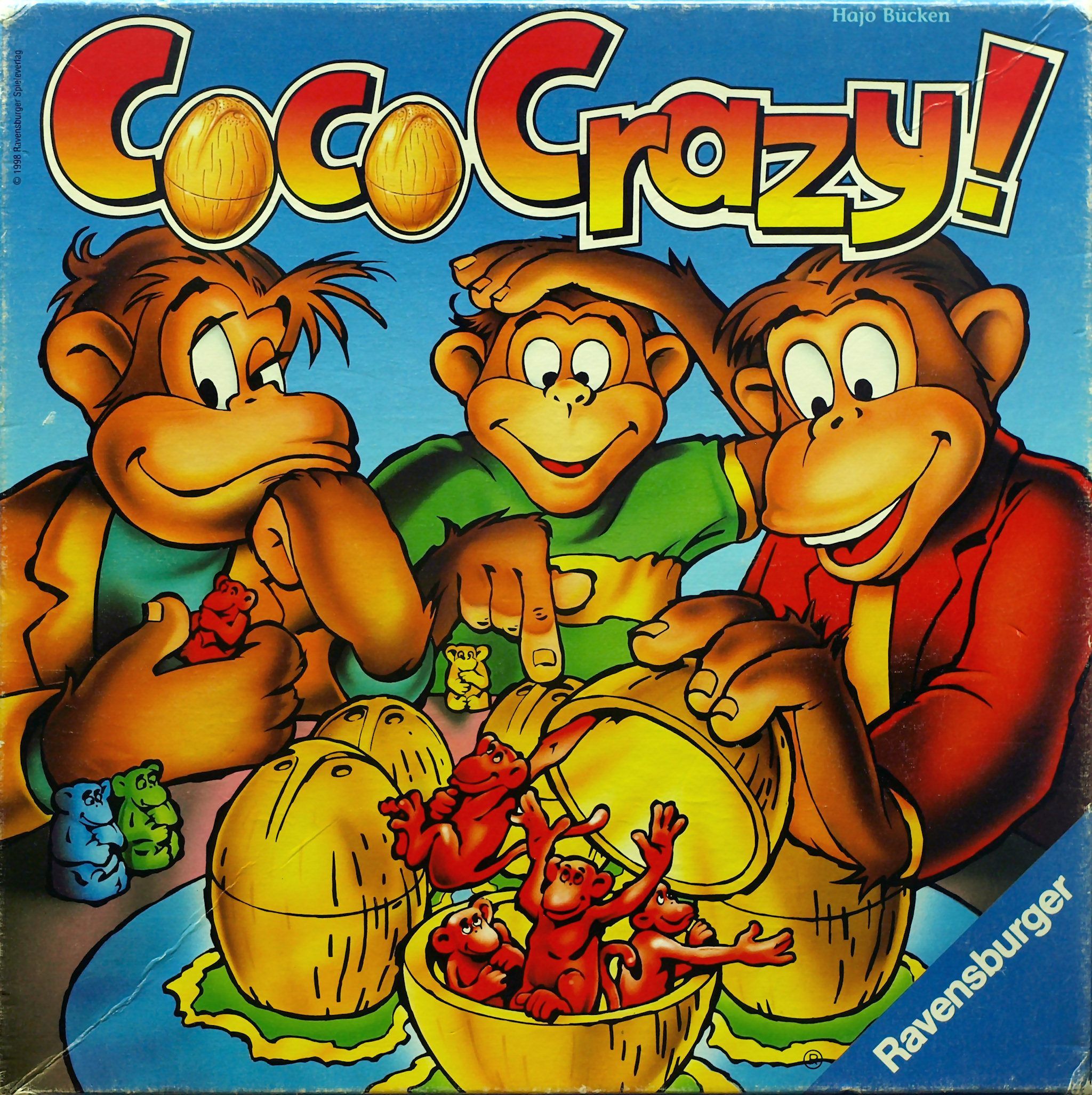 Six coconuts each contain six monkeys ("bobbles") of identical colour. Each player is trying to collect one bobble of each colour (five when playing with 7 or 8 players). The game starts with the coconuts mixed on the board so that no one knows which one contains which colour. Then each player peeks at one coconut. On your turn, you roll a die. Results possible include turning the board 90 degrees, guessing at a coconut's bobbles' colour (that's how you get bobbles) and having each player swap two coconuts as quickly as possible. A very merry game! Awards 1992 Ã…rets Familiespil, Family Game of the Year Denmark