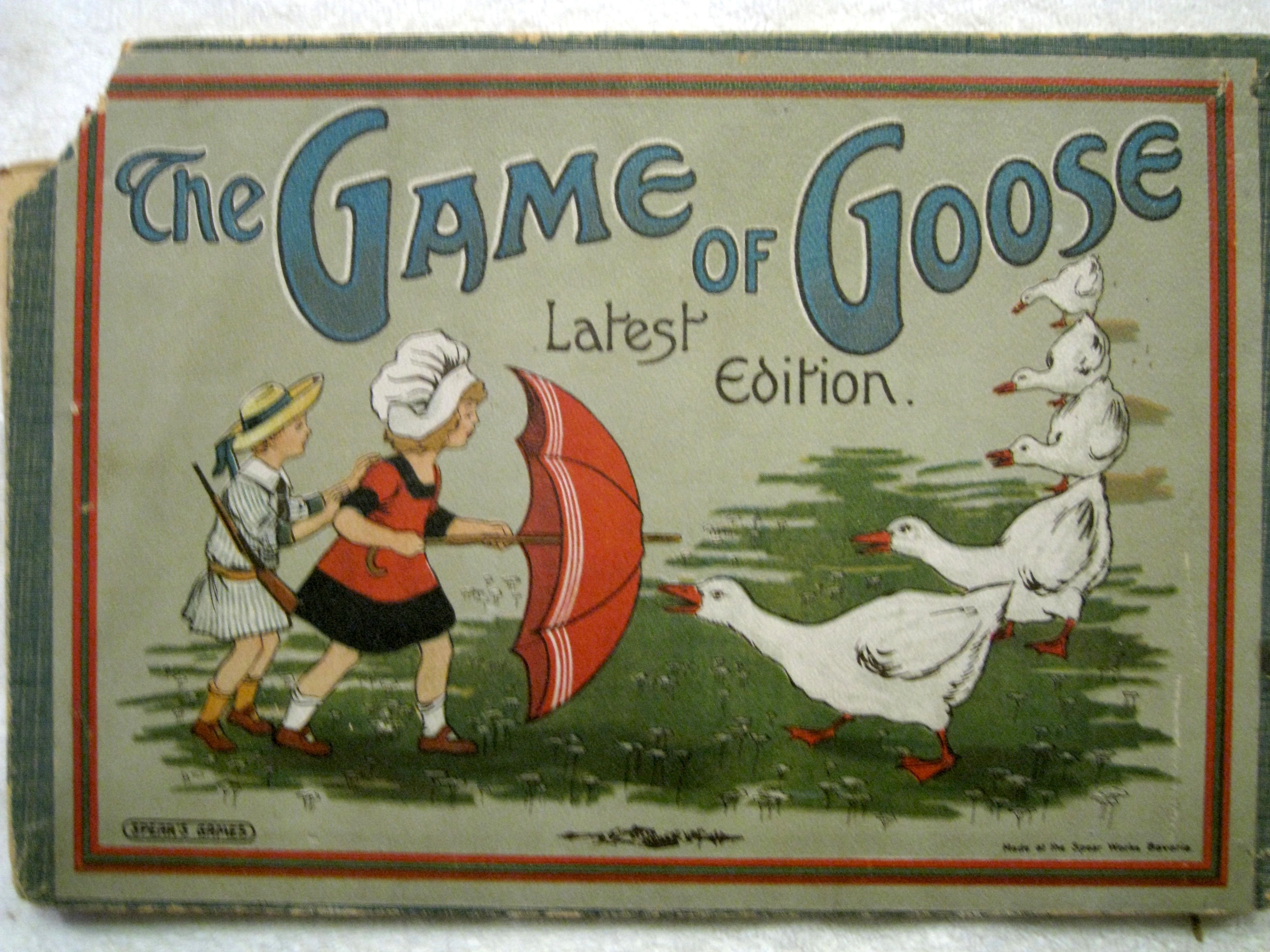 The Game of Goose is an ancient children's classic, possibly tracing its roots all the way to the Ancient Egyptian game of Mehen which was played in early Old Kingdom times. Francesco de Medici in Italy sent a copy of this game to King Felipe II of Spain during the 16th century. It became one of the most popular games in Europe during that time. Circa 1600, Benoît Rigaud's heirs printed in Lyon "Le Jeu de l'oye, renouvellé des Grecs, jeu de grand plaisir, comme aujourd'huy princes & grands seigneur" [sic] "le pratiquent" - Le jeu de l'oie, renewed from the Greeks, game of great pleasure, as today princes and great lord [sic] play it -, the oldest French copy known. Father Claude-François Menestrier describes the game in his "Bibliothèque curieuse et instructive" (1704) : 'There's another type of game, that seems easier to learn, and easier to play; it's the game of goose so common and it is said to come from the Greeks, though nothing can be found about it in their authors. This game is much easier than cards game, because it's always wholly displayed to the players, and, being in the form of a snail or spirally folded snake, it's appropriate to print the things that one wants to learn...'. The game became an instant hit in France in the 1600s, and engendered a lot of variants (educational, commemorative, ...) up to the present day. It turned up later in England about 1750, according to Whitehouse, under the title "Royall & most pleasant game of the goose - Invented at the Consistory in Rome and are printed and sold by H. OVERTON at Ye White Horse without Newgate where all sorts of Fine Prints and maps are Sold and Framed at Reasonable Rate". By 1851 it had been copied by the American publisher J.P. Beach of New York who entitled it The Jolly Game of Goose. An 1855 edition was called simply The Game of Goose. It is a simple game of racing, using a spiral track with lovely illustrations. The main principle is one shared with Snakes and Ladders as well as the later Game of Life: virtue is rewarded and vice is punished. Schmidt Spiele rates their Gänsespiel for ages 5 and up. Bibliography Whitehouse, F. R. B. (1971) [1951]. Table games of Georgian and Victorian days. Birmingham: Priory Press Ltd. 'Jeux de princes, jeux de vilains', edited by Eve Netchine, Bibliothèque nationale de France / Seuil (2009).