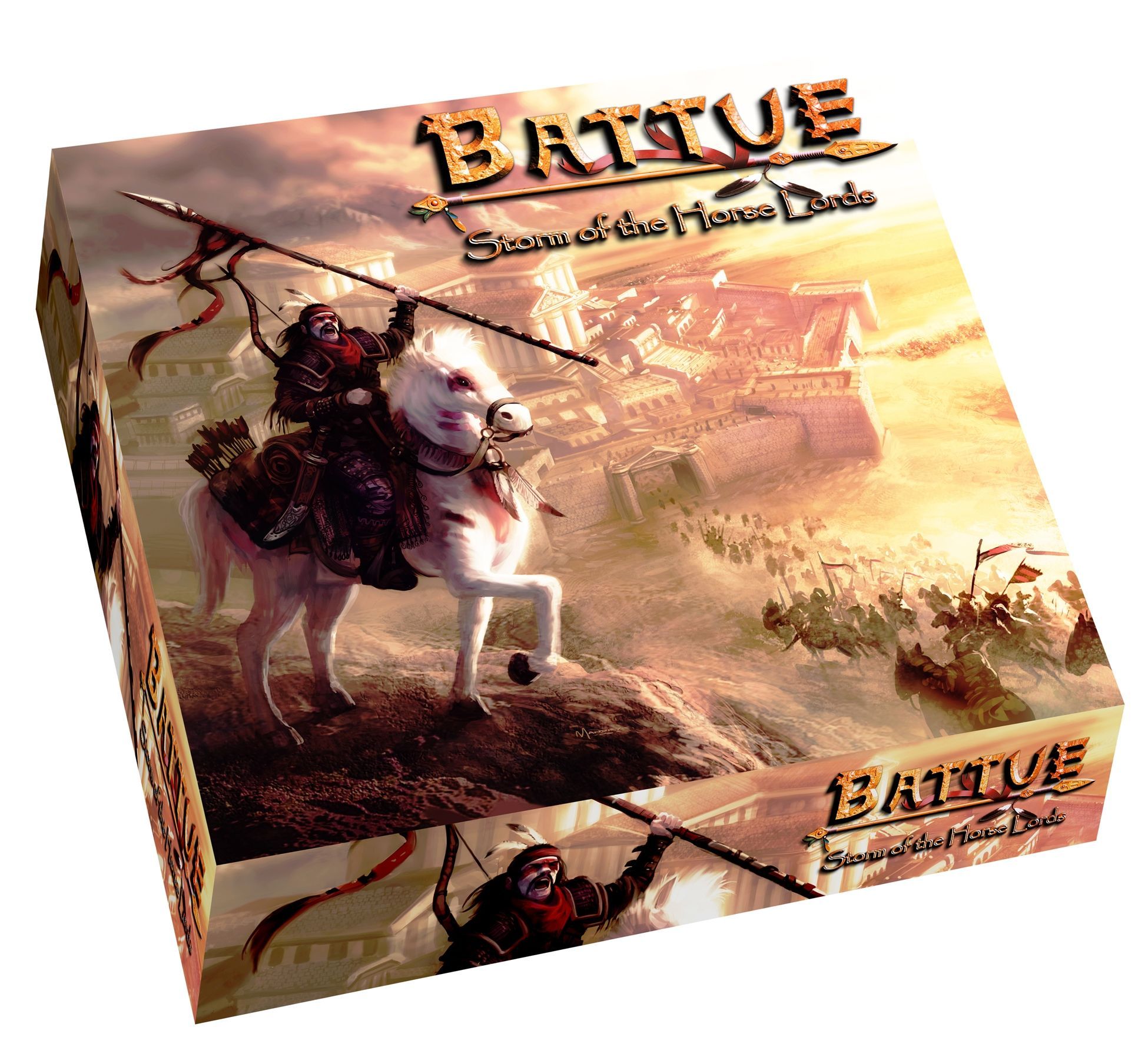 Rooted in the World of Terris, a brutal, dark fantasy setting envisioned by authors Robin Laws and Scott Hungerford, Battue: Storm of the Horse Lords is a strategy board game in which players take control of a horde of Horse Lords bent on looting Tarsos, the City of Brass Pillars. Battue is a conflict based game in the same vein as Risk, whereby players are trying to control the city of Tarsos by moving Mongolian styled tribes and their units into key positions and eliminating enemy forces. Players are able to create multiple forces called Hordes. The city of Tarsos is made up of many districts, which start play face down and unknown. As hordes enter new sections they are flipped and if defeated they can offer benefits such as additional troops and varying victory point values. The aim of the game is to control the highly valuable parts of the city before the endgame is triggered, which is done when key parts of the city are controlled by the players. The game features a modular board, allowing for the game to be tactically different with each play. Further expansions will introduce new rules and options as well as allow additional players to join the game.