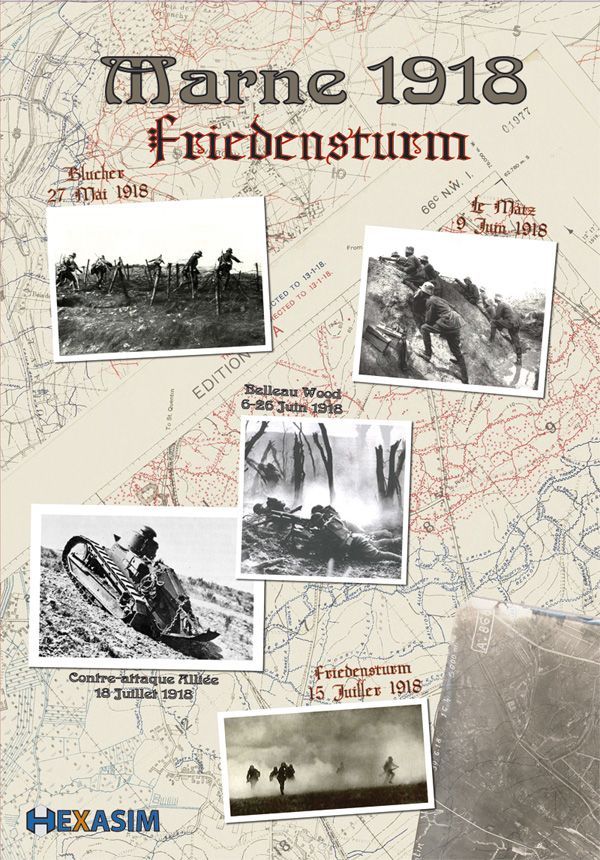 Marne 1918 - Friedensturm recreates the last large German offensive from May to August 1918, the turning point when the resumption of mobile warfare put an end to nearly four years of war of trench stalemate. The game covers two months of fighting on the Marne, from the German offensive on May 27th through to the allied counter-offensive at the end of July. Scale for map is 3km/hex while units are divisions and regiments (for elite units). 3 scenario depict each German offensive and a campaign scenario covers the whole battle Game components : 2 sheets of die-cut counters, 1 map (84*60cm), a basic rules booklet (24 pages), an advanced rulebook, with the game designer's notes and historical commentary (32 pages), two basic rules player aid cards, one victory point track,2 tracks for units management, 2 sheets for random events, 4 dice and a box.