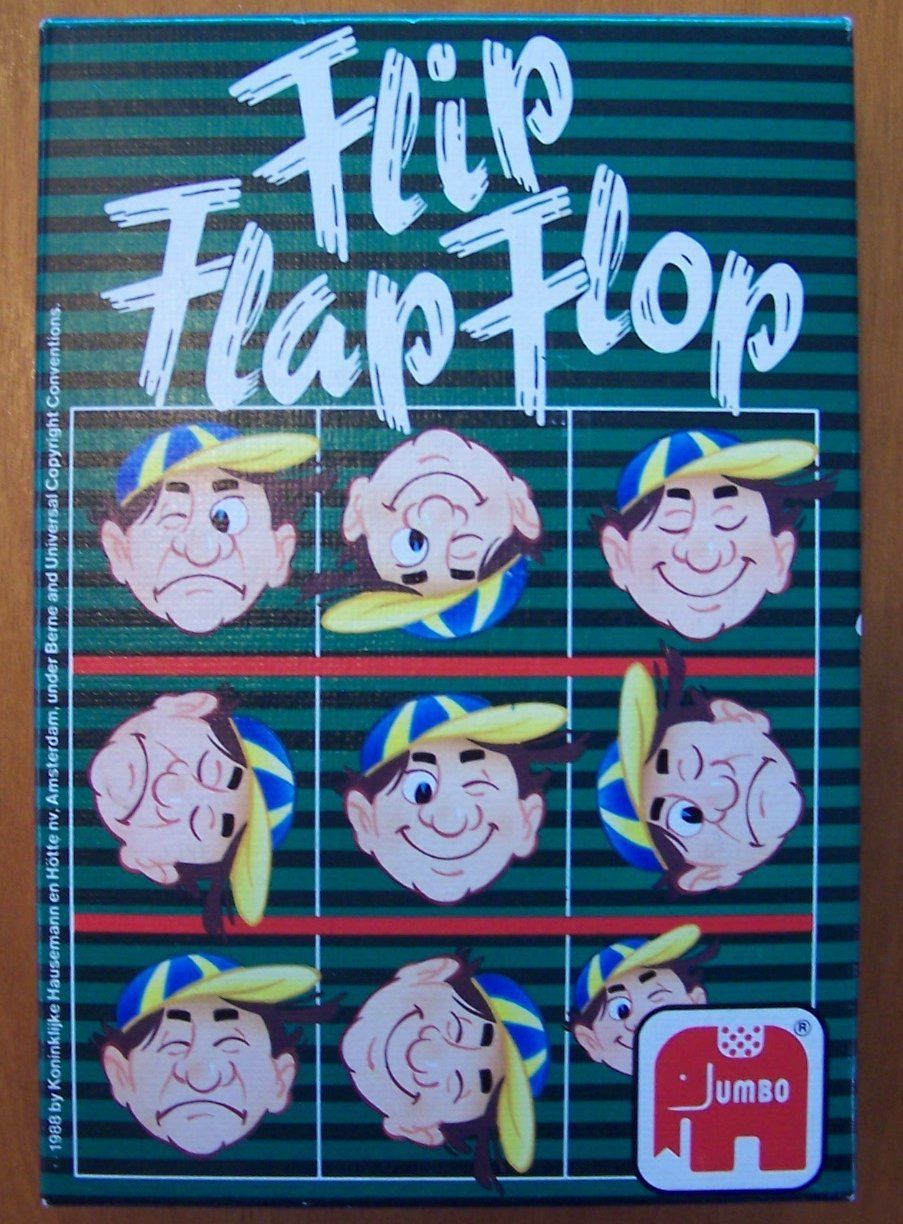 A card game of 48 cards with every card having the picture of a cartoony face on it. The face, however, is slightly different on each card and there are eight sets of different expressions with six cards of each expression. The cards are dealt to all players face down to make a deck. Each turn all players simultaneously reveal the top card of their deck. If a player notices three identical faces he yells out "Flip Flap Flop". If correct, that player takes the three identical cards. Unclaimed cards are left on the table. A player who makes an incorrect call may not call on the following round but must play a card as usual. When one player has six sets of FLIP FLAP FLOP cards, the game ends. Players count their cards and the player with the most cards wins.