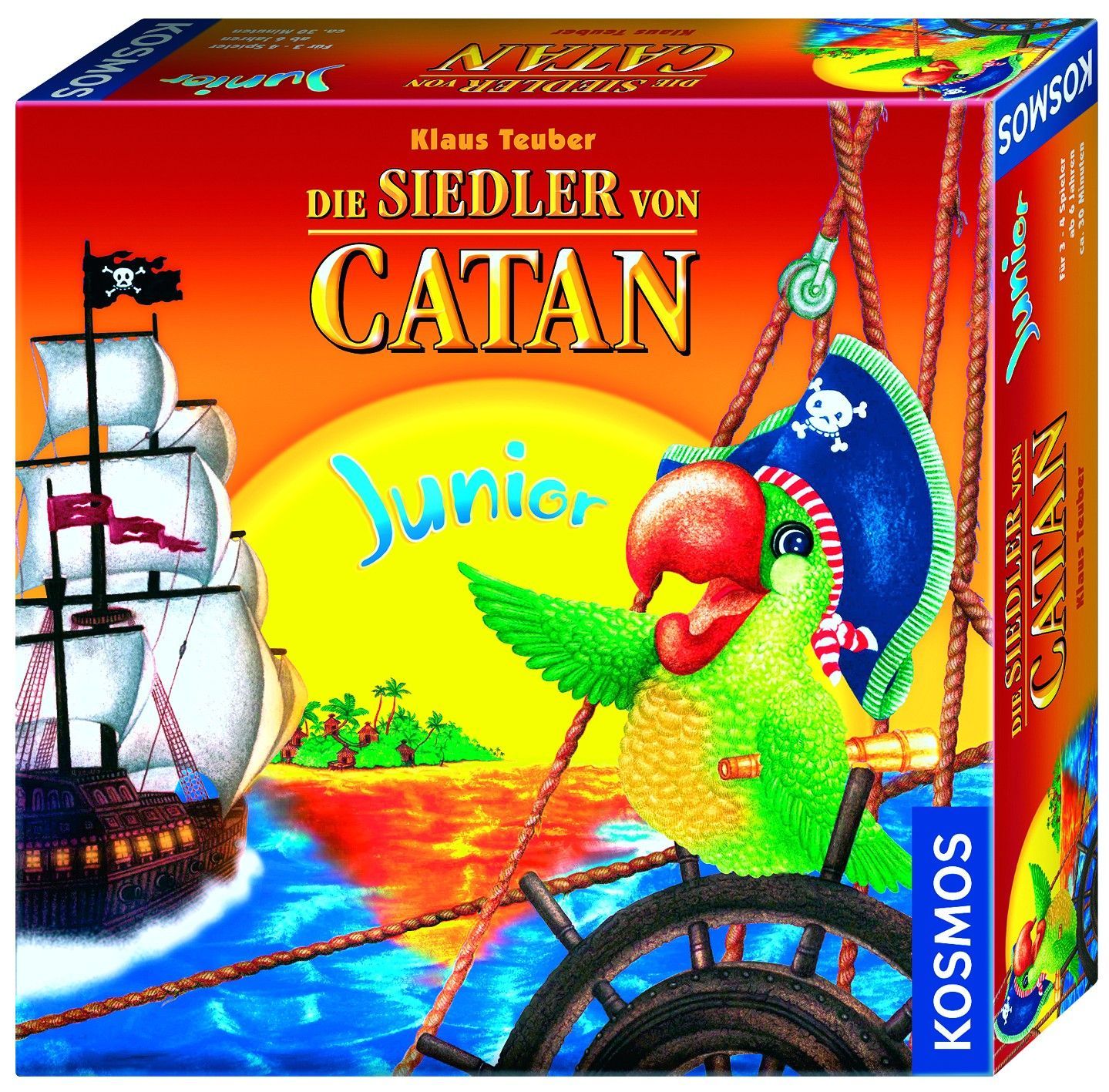 Die Siedler von Catan: Junior is, as you might expect, a junior edition of The Settlers of Catan, and while the game play remains mostly the same – with players collecting and trading resources in order to build things, gain more resources and score points – the setting is new. Instead of being settlers, though, the players are now pirates, with pirate warehouses located on islands in the waters around Catan and ships sailing in those waters. Pirate warehouses are equivalent to settlements in Catan, and the player receive resources from these warehouses whenever a die roll matches the number showing on that island. These resources take the form of equipment cards, and the resources are wood, wool, rum, sabers and gold. With these, players construct ships and more pirate warehouses or buy development cards. Instead of a robber, players must now beware of a Ghost Pirate, which can block the resources normally provided by a warehouse. Each player starts with two pirate warehouses, and the first player to build seven warehouses wins. In order to build a new warehouse, however, a player must go by ship from an existing warehouse to a new construction site, which thus keeps players alternating between constructing ships and warehouses. Aside from the change in theme, other changes between The Settlers of Catan and Catan: Junior include the elimination of cities (i.e., warehouses can't be upgraded) and the distance rule between settlements, resources allocated by the roll of one die instead of a pair of D6s, and the introduction of a marketplace that allows trading with the bank. At the start of the game, one equipment card of each type is placed in the marketplace; on a player's turn, he can exchange one card in hand for a card in the marketplace. At certain times in the game, the marketplace is cleared and reset to feature one equipment card of each type.