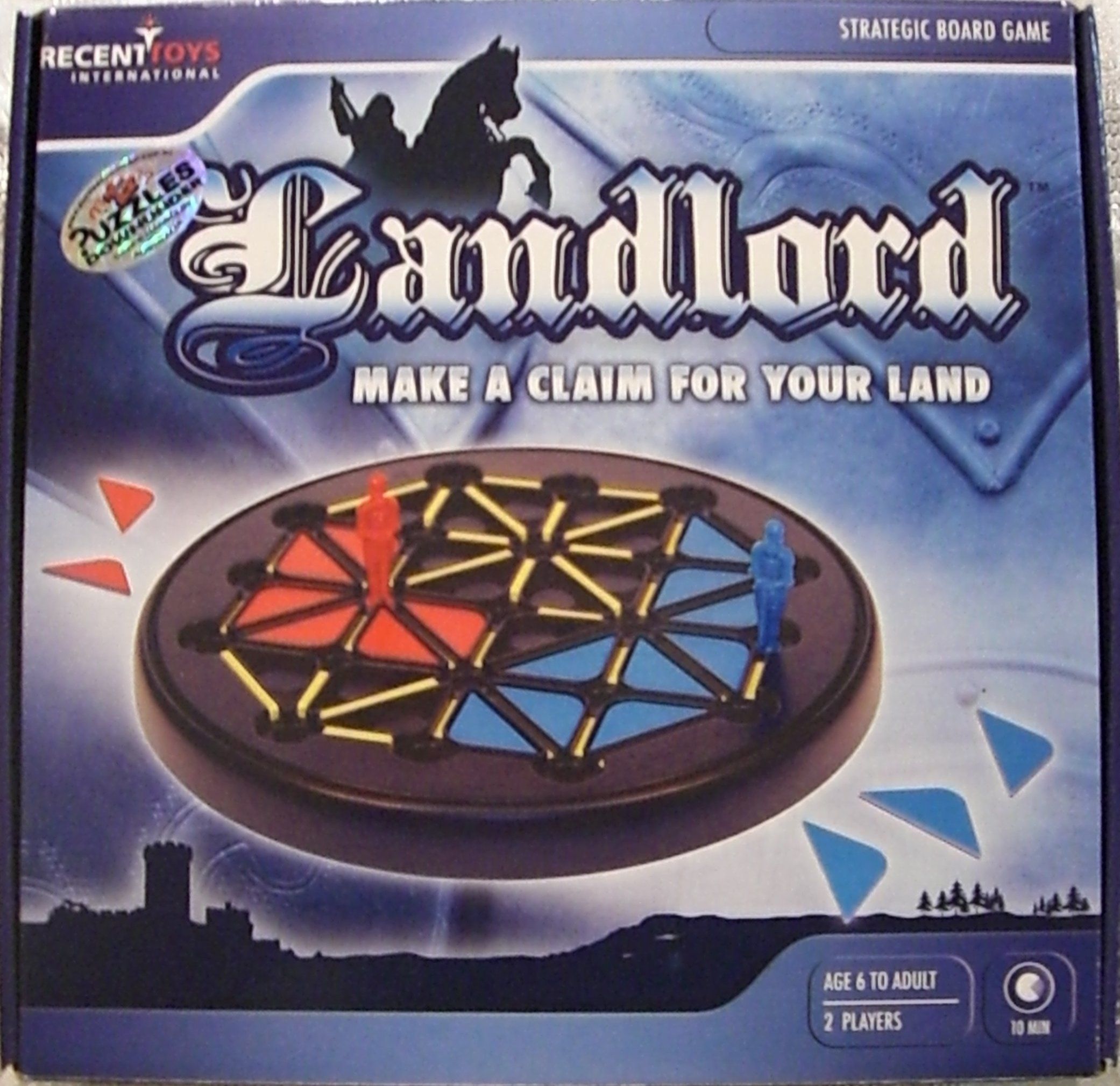 Two landlords are fighting over a piece of land. They decide to make a deal. To Take turns they can move across the land horizontally, vertically or diagonally. The player who manages to enclose the most pieces of land becomes the owner. HOW TO PLAY LANDLORD 1. The two players put their landlords in the starting position. 2. They take turns moving the landlords over one of the paths. As soon as a player succeeds in enclosing a triangle, the enclosed land becomes the property of that player. He then covers the triangle with a playing piece of his color. The land is now his and can never be recaptured. 3. Take note: it is also possible to enclose several triangles at the same time. 4. The game ends when all triangles on the playing board have been claimed as property. The winner is the player who owns the most pieces of land at the end of the game. Not to be confused with: Landlord! (1992), a card game from Rio Grande Games The Landlord's Game (1904), a progenitor of Monopoly