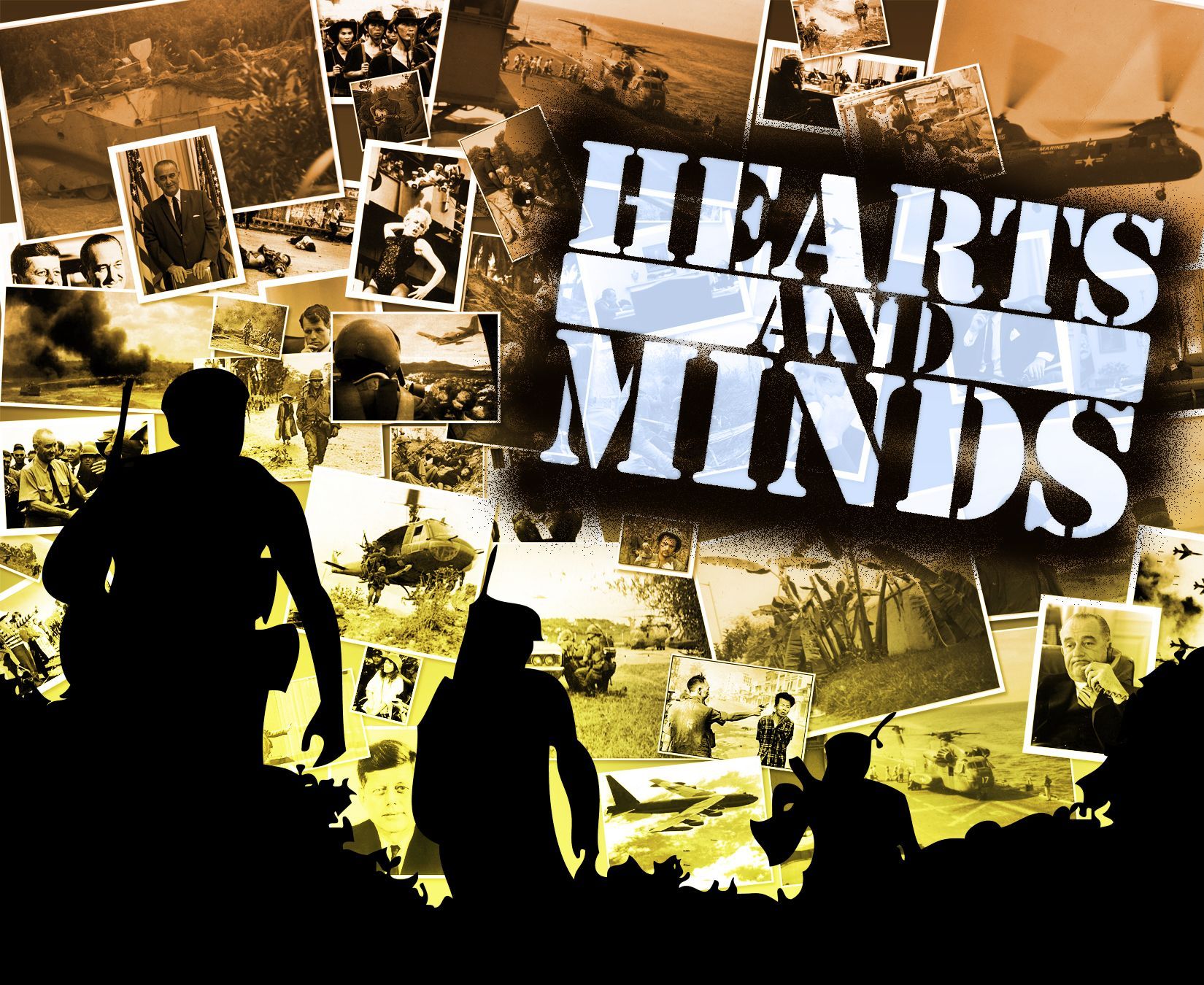 Hearts and Minds: Vietnam 1965-1975 is a card-driven game covering the American buildup of troops and arms in Southeast Asia as to our decision to begin troop withdrawal: 1965-1975. The game is quick (3-6 hours) and clean (map using area movement). Hearts and Minds uses most major events of the period, including proposed events such as the Macnamara Line which was never actually built. Although nominally a combat game, the mechanisms actually revolve around both sides occupying South Vietnamese provinces for propaganda purposes. The heart of the game is political influence. There is little doubt that the Allied player will eventually withdraw his American boys from the quagmire, but the question is, how quickly and in what numbers? Hearts and Minds contains 80 cards, tokens to represent the American army, the ARVN army, the NVA army, VC units of varying hidden strength, the Cambodian army, the Laotian army and a small contingent of international allies. Turn tokens, withdrawal tokens, reduced movement tokens as well CAS (Close Air Support), communist Air Suppression and artillery are also included. More rules cover Air Cavalry, naval support, Riverine interdiction, and bombers. Untried troops are a liability in the game; Veteran troops are a necessity. Ultimately, the Communist player must deal the American such a crushing public relations disaster that he will abandon his Southeast Asian allies before the momentum of those allies stalemates the irreversible infiltration of South Vietnam.