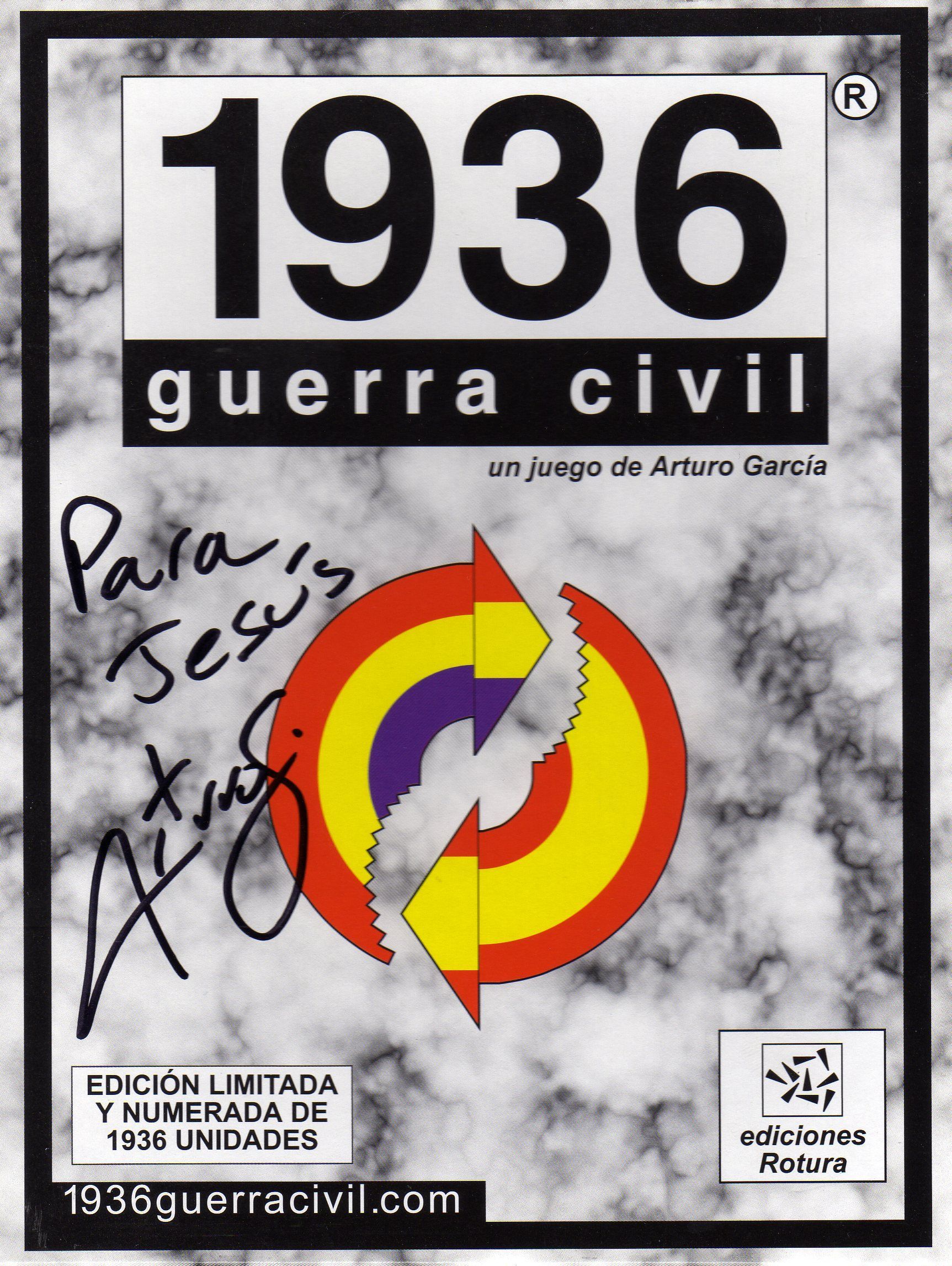 1936 Guerra Civil (1936 civil war) is a card game in which each player plays one of the sides in the conflict, either the Republic or the Nationalists. A player must design his deck from the cards available for his side (a pool of over one hundred), with a minimum selection of 36 of them. Besides the cards belonging to one of the two sides, there are cards representing political and military objectives, for which the sides fight. Each objective gives victory points to the player who wins them. Victory can be achieved by military victory points, by political victory points, by a combination of the two of them or by the demoralization of the enemy. The game is for two players, although some possible variants for four players are also provided. There are different types of cards: objectives (political or military), characters, military units and management cards. Each side is made up of factions (ten factions for the Republic and eight factions for the Nationalists). A side may also benefit from having appointed a leader if certain conditions are met. All cards have images from public Spanish archives and contain detailed historical information. (A note on the language barrier: it's not as big as it seems. If your first language is French, Italian or Portuguese most game terms will be either the same or very similar. Even with English there are many easily understandable text parts. Additionally, all game text and rules are available to download in French and English from the game's website). Game components: 252 unique cards 4 game boards (one for each side, one for managing military objectives and one for managing political objectives) 24 small markers to be used on the boards 1 rulebook 36 pages long, plus two additional double-side reference sheets The game was slowly developed between 2000 and 2006 and it was finally self-published by the author himself through Ediciones Rotura as a limited and numbered edition of 1936 copies, being released in Madrid on December 29, 2006. The game entered the BGG ranking on July 18th 2007 (anniversary of the outbreak of the war). A small expansion ('Guernica') was released in September 2009 through Spanish magazine ALEA (#33). Several Print&Play expansions have been released since October 2009 linked to the game reaching certain milestones: number of fans in Facebook, number of distributed games, presence during gaming events.