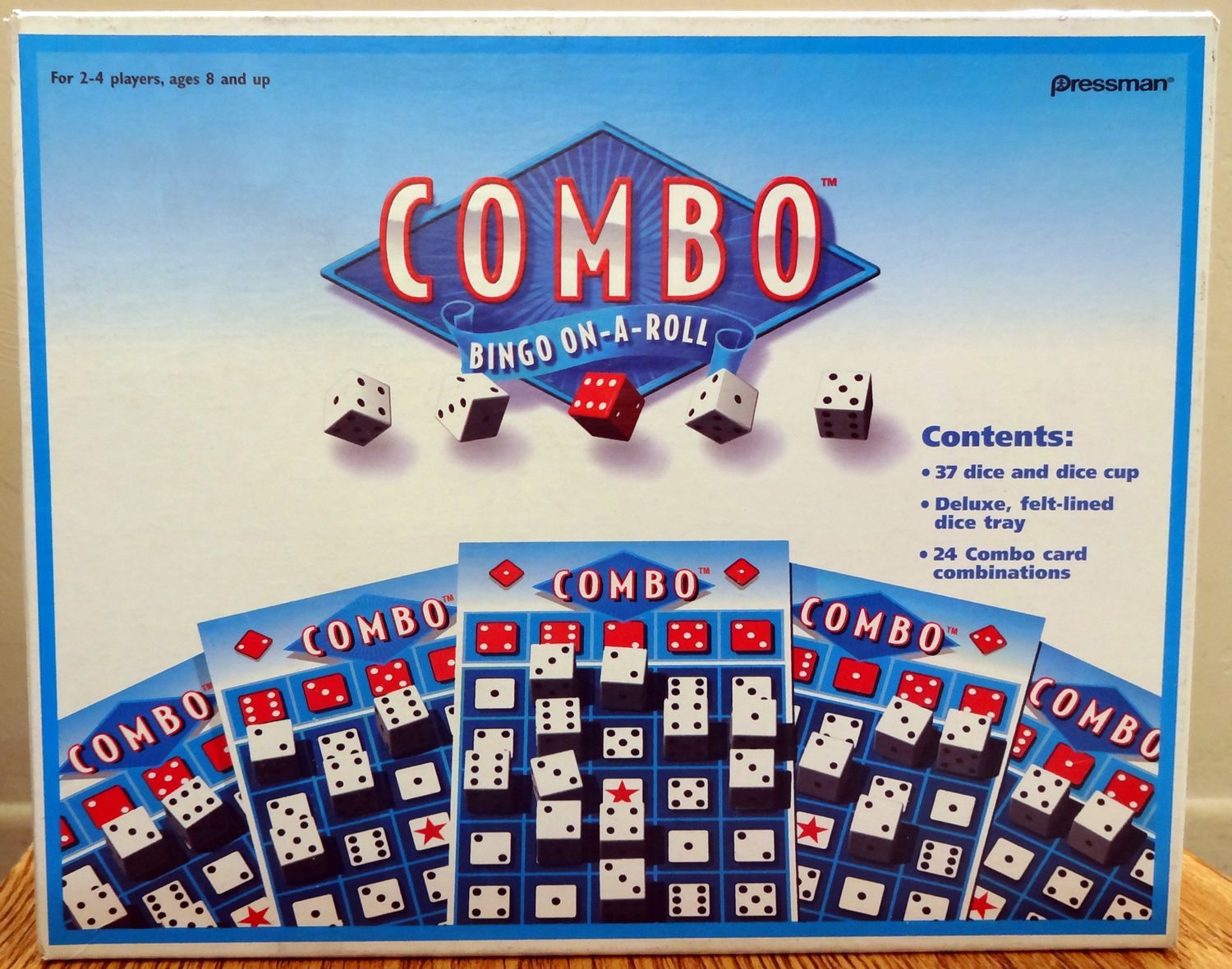 Combo is a game in which Bingo-like cards (on which 5x5 grids are printed) are used and instead of calling out randomly drawn numbers, dice are used. Each player is given a Combo card and during a player's turn, he or she rolls a red die and 3 white dice. If the red die's result matches one of those on his or her card, the player then matches and places their white dice to the printed faces in the column below. A player may also "steal" and use a white die that another player cannot use (because that player's red die column does not have that white die's face). The next player in turn then picks up and rolls the red die and 3 white dice to do the same. When a player has filled up an entire row, column or diagonal (the center space is considered already to be filled), he has scored a Combo (the amount of points received depends on whether it is a 4-die or 5-die row, column, or diagonal) and ends a round. The next round begins with new cards for everyone. After completing a pre-determined number of rounds, the player with the highest accumulated score is the winner.