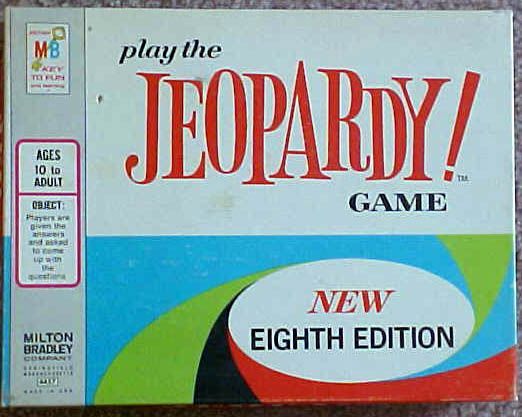 One player acts as "emcee" for two to four other players. In most editions, there are five categories. Each category has five dollar amounts. Behind each dollar amount is an "answer" or trivia clue having to do with the category. When a player thinks he or she knows the correct response to the clue, that person signals and responds in the form of a question. A player is rewarded with the amount associated with the statement if correct, and penalized the corresponding amount if incorrect. When the board is cleared, the process is repeated for "Double Jeopardy" with five new categories and double the stakes. One statement in the first round and two statements in the second round are designated as "Daily Doubles." Only the person who chose the statement may bet any or all of his or her winnings on giving the correct response. One of the highest valued statements in one of the Double Jeopardy categories is saved for the last round, "Final Jeopardy." In this phase, the players secretly bet any or all of their winnings and record their responses. The player with the most amount of money at the end of the game is the winner. The editions published by Parker Brothers and Outset Media are exceptional in that their gameplay features the same number of categories as the television series: six for the Jeopardy round, six for the Double Jeopardy round, and one for the Final Jeopardy round. Awards 1996 Ã…rets Voksenspil, Adult Game of the Year Denmark