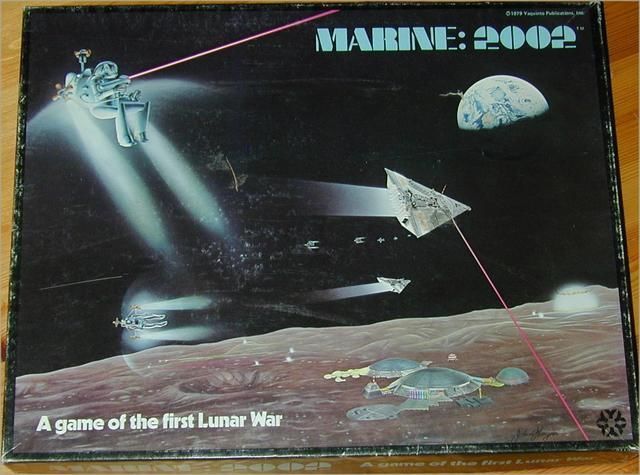 Marine: 2002 is a tactical level simulation of combat on or near the surface of the moon. Neutron warheads, rocket shells, lasers and charged particle beams fly through the vacuum. Units move over the ground and in the "air", and engagement ranges are limited only by a unit's current horizon, which depends on its altitude. Communications, command and control, morale, cumulative vehicle damage, orbiting weapons platforms...It's all there! Several scenarios are provided, with playing times ranging from one to four hours. Geomorphic mapboards and movable terrain features (craters of various sizes) provide for plenty of replayability. Solar Marine, also by Kerry Anderson, is very similar to Marine: 2002.