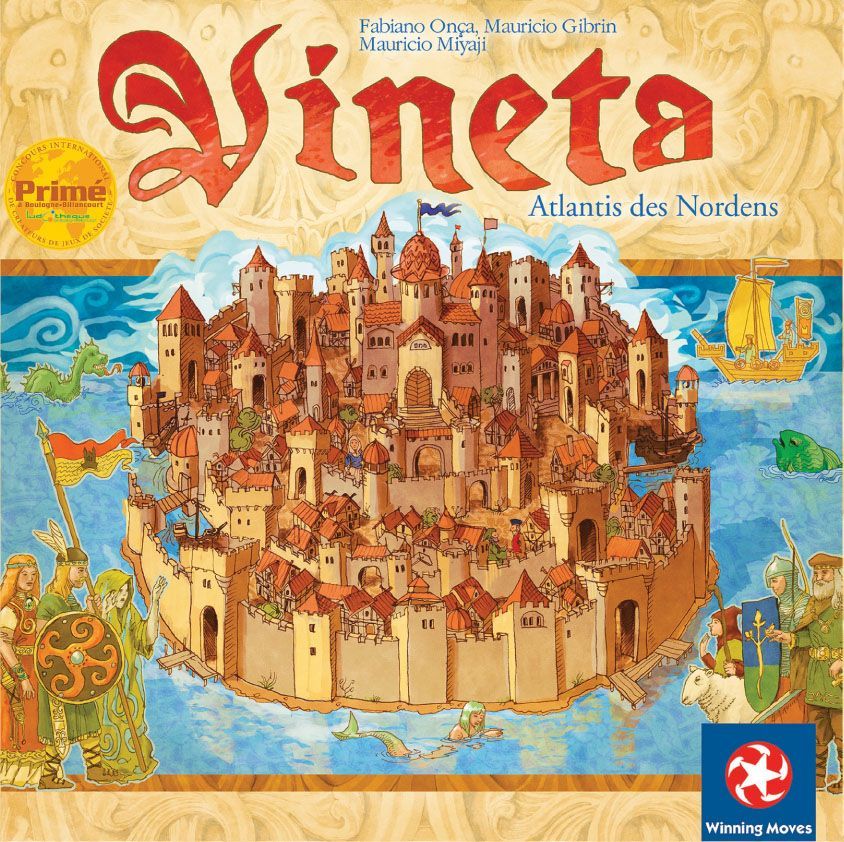 In Vineta, 2 to 6 players take on the roles of angry Norse Gods, seeking to sink the city of Vineta beneath a succession of pounding waves. However, each player is secretly assigned one of nine city districts to protect. Likewise, each player secretly protects one color of houses. By use of cards, players send waves against districts, joining together to sink them and moving houses in and out of threatened districts. At the end of each round, the district that has the most waves played against it — along with any houses in that district — are removed. After eight rounds of play, only one district (and any houses it contains) will remain. Players score for houses claimed during the game, and bonuses are given to whoever was secretly protecting the remaining district and its remaining houses, if any.