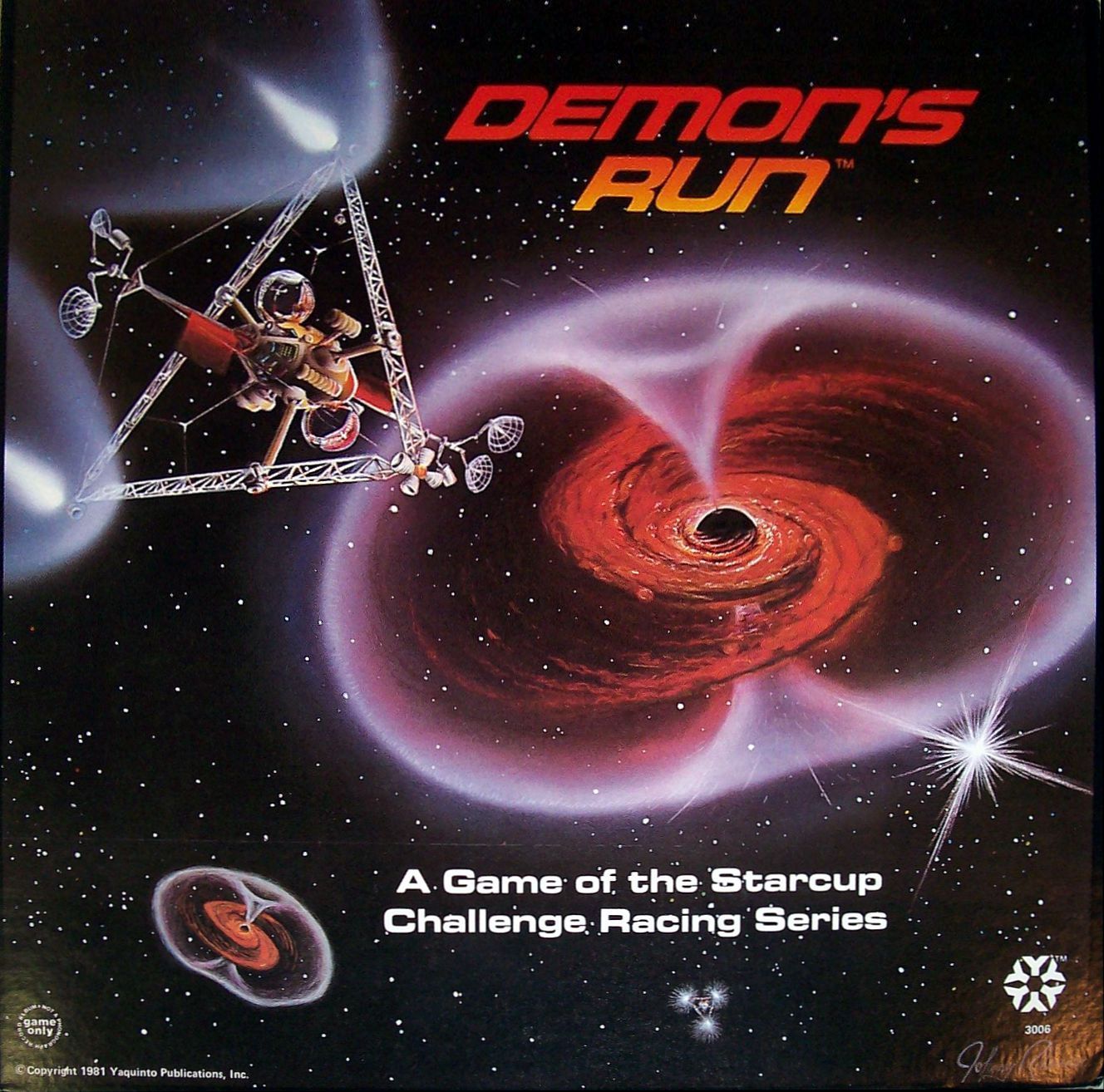 "A game of the Starcup Challenge Racing Series" Demon's Run is a simulation of the most demanding and deadly race in the Starcup Challenge Racing Series. A course constructed in a savage area of turbulent space studded with rotating black holes, fluctuating intense radiation zones, space-time disruption fields and randomly moving hunter-killer mines that will test your piloting skill and courage to the fullest. Set within this field are a series of Buoys that must be recovered to score victory points. Some of the Buoys are in fixed positions, others move randomly. The most valuable of all are the Astaroth, Belial and Lucifer Buoys which are locked in tight orbit in the intense radiation zones surrounding the monstrous Hell2 and Hell3 black holes. Players must design their ships' maximum function levels in each category of ship operation and must pilot the ship through the treacherous course in the quest of Buoys. Players must always be aware of the course obstacles, the positions of the other racers, and the remaining fuel supply of their ship. Demon's Run is a game that is played in a delicate balance between success and disaster. It is not some simple couple hundred laps around an oval track. Demon's Run is a wide eyed, full power leap into the mouth of Hell! You design your ship before each race by distributing points between Fuel, Structural Integrity, Pilot Integration, Main Engines, Manoeuvre Engines, Tractor (used to recover buoys), Laser (used to attack buoys, mines and other players' ships), Scrambler (used to disorient an opposing player), Screens and Velocity. Campaign rules are provided so pilots and ships can improve between races. It is relatively easy to make the game playable by more than four --you need only make up more ship set up sheets and a few counters.