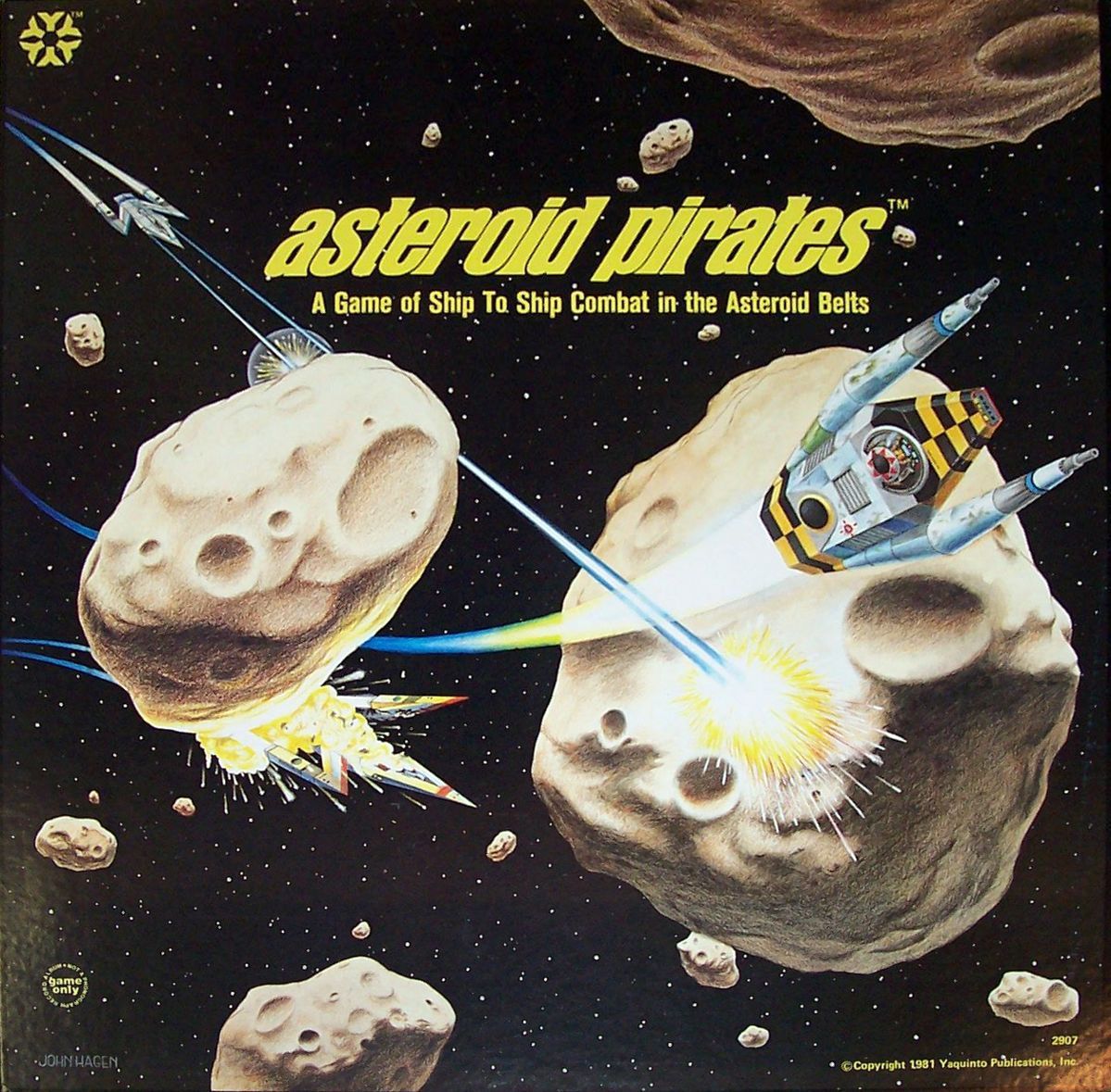 Tactical space combat. Each player is a pirate squadron or convoy escort squadron (on its way to relieve a besieged Mars). The action occurs amidst the asteroid belt between Jupiter and Mars, Star Wars style (e.g. this "belt" looks more like a proto-planet than an actual asteroid belt) --asteroids offer shelter and menace as you weave your way through them. Ships are designed by the players then flown in the missions. Missiles, lasers, tractor beams, oh my! Play involves energy allocation using little cardboard sliders. Fast and furious. Shooting Stars is a similar game, but more involved and detailed.