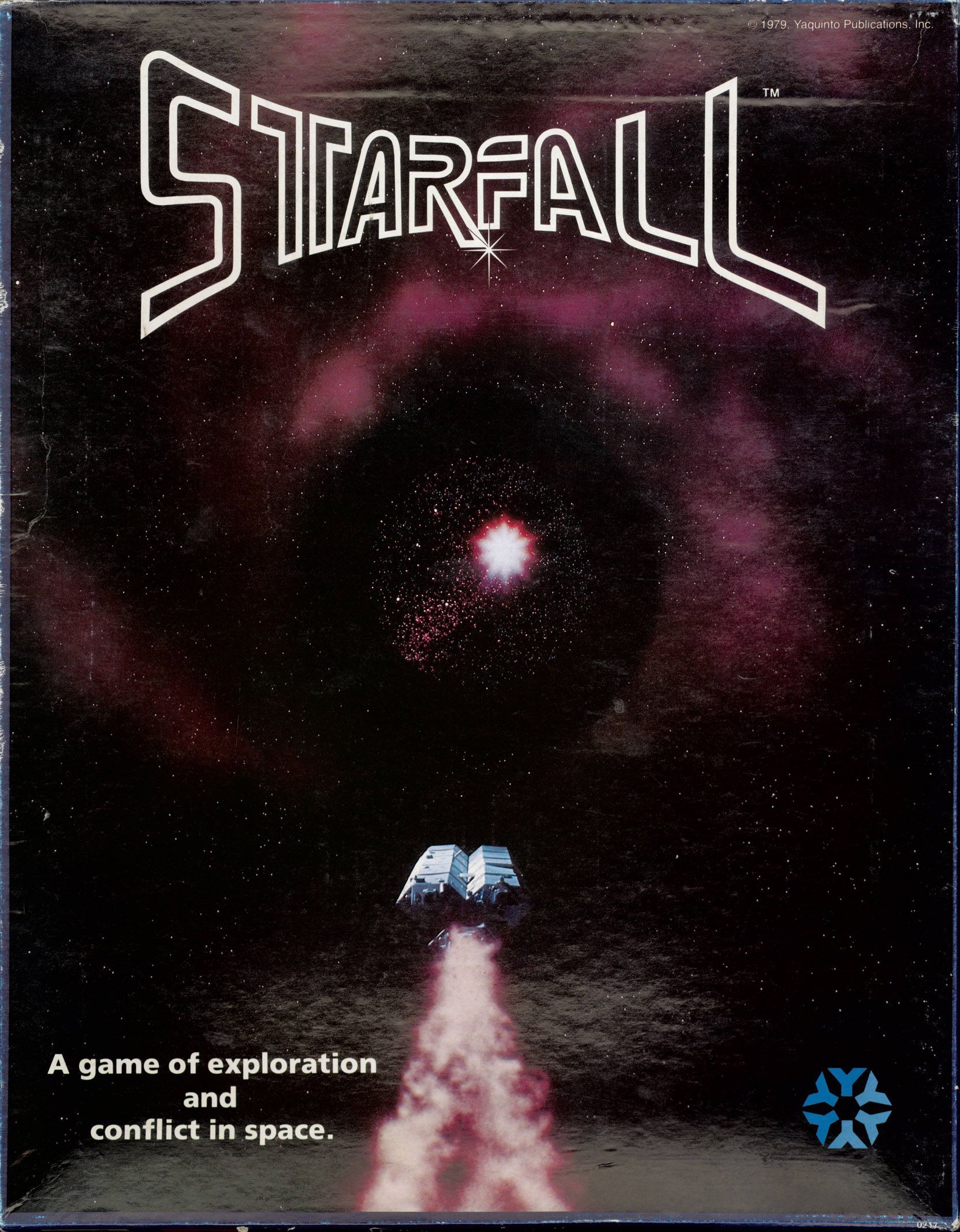 A strategic game of stellar exploration and conquest. You build ships and send them out to explore the Galaxy. After generating detailed worlds, you decide whether to colonize or not, and how to deal with the natives (if any). Wormholes may be discovered, which change the topology of the map. Invest in tech research. Yaquinto's almost trademark hidden movement (task force counters, including dummies, and actual task force set up sheets behind player screens) is in full use here. The usual expected good stuff for this kind of game. Not as complex as SPI's StarForce 'Alpha Centauri': Interstellar Conflict in the 25th Century and the like, but still not light fare.