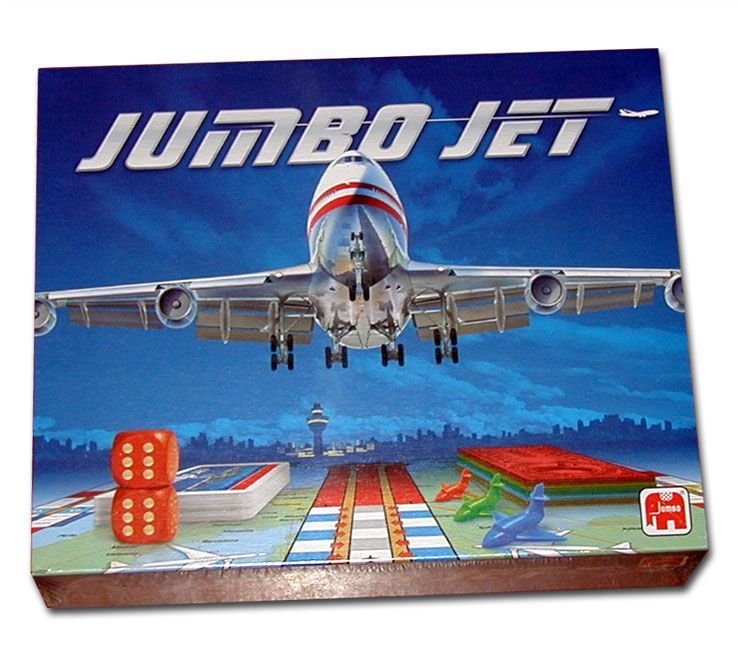 This game is a Monopoly variant, with an international airways theme. The board depicts the world and many of the world's major cities. Each player controls an airline (represented by a coloured tail fin). To kick off with a player starts at home base and picks up a card which has the name of a city on it. The player flies to that city and returns to base, then gets the landing rights for that city. Anyone landing there in future must pay for the privilege. More landing rights must be paid if the player owns a "set" made up of several cities in that country/continent. Airlines represented are British Airways, Lufthansa, Air France, Alitalia, KLM and SAS. Contents (Jumbo Jet editions): Game board 2 six-sided dice 6 playing pieces 6 flight arrows 6 x 8 route-right indicators 22 chance cards (red) 38 booking tickets (blue) 'Jumbo' play money in denominations of 1000, 2000, 5000, 10000, 50000 and 100000