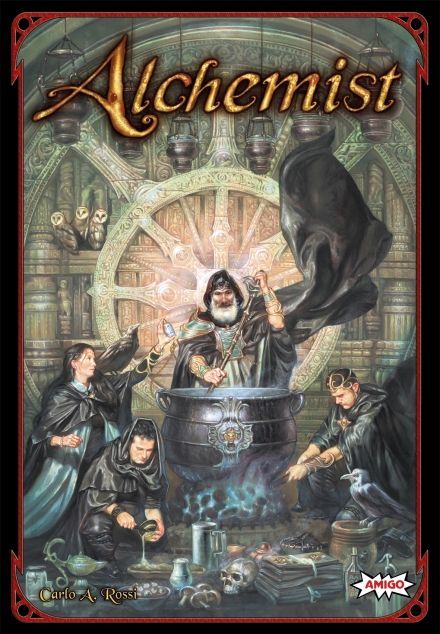 It's a contest of cubes and numbers! Define a recipe of 1-5 cubes and you're awarded 2 cubes (according to the square where you define it) and you're awarded 1-10 VP (according to your choice of the numbers 1-10 that remain). Henceforth anyone who duplicates that recipe gets the same 2 cubes and the same VP while paying you 1 cube from your recipe -- but you can never duplicate your own recipe. Except for the 1 cube paid to the originator of the recipe, cubes used making recipes are out of the game, and the game ends when there are only two colors left in the general supply. That's the basic scramble for points, plus an end-game bonus for the player who had the most success getting his secret cube color out of the game.