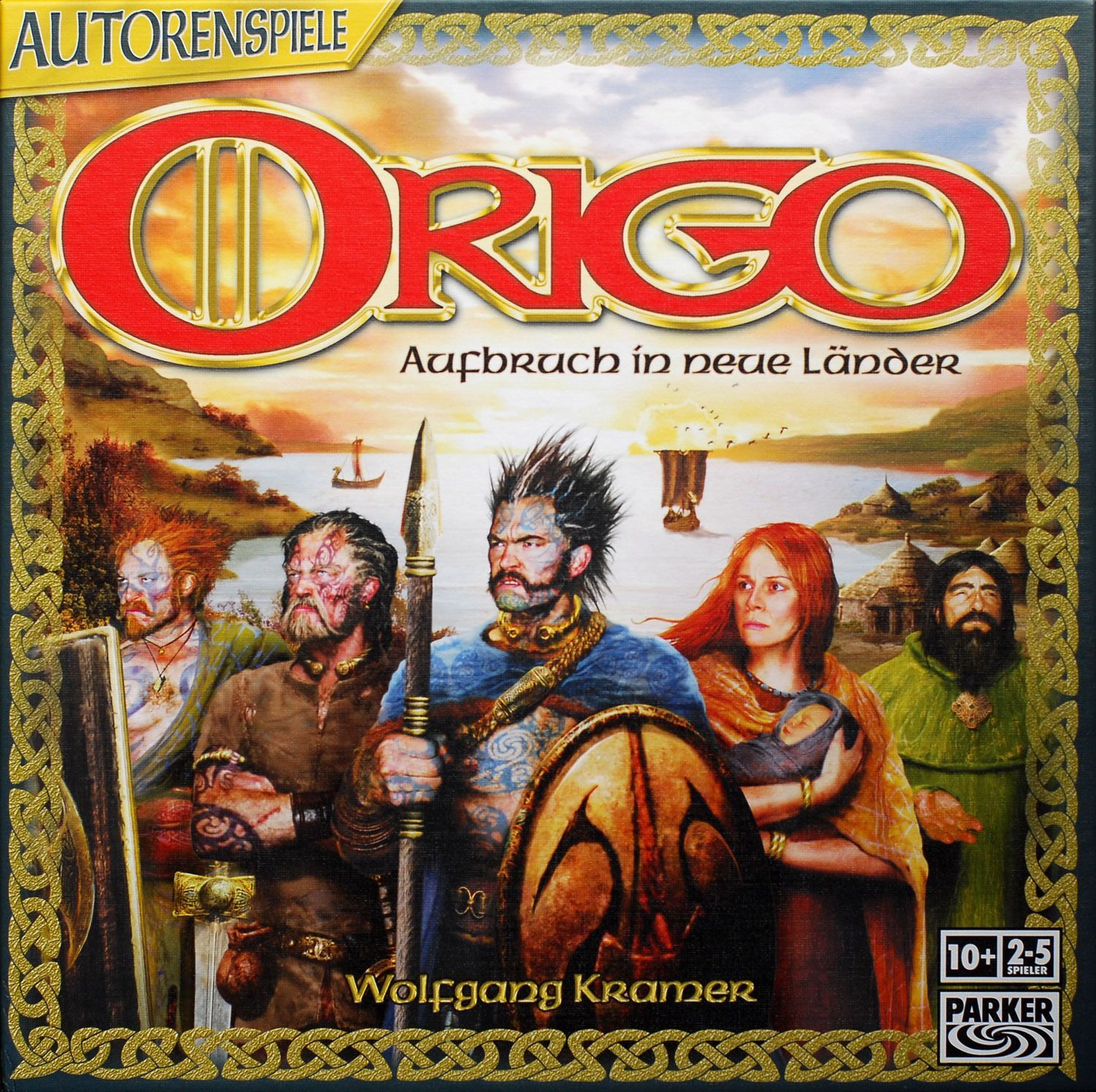 Description with permission from www.boardgamenews.com- "Europe, about 400 CE. Harsh customs rule the day. Five courageous tribes have set out to conquer new lands: the Huns, the Langobardens, the Goths, the Anglo Saxons, and the Vandals. As you seek new settlement areas for your tribe, you'll strengthen it by enlarging clans, establishing or conquering new countries, and building a powerful sea presence. Whoever scores the most points will stand far ahead of others on the tribe leader path and win the game. Origo is a family game for 2-5 players from ages 10 and up, in which luck and tactics are mixed well. Depending on the number of players, the game duration is 30-90 minutes. The flow of the game is driven by cards on the one hand (expanding, attacking) and by the movement of figures on the boards on the other (hiking, sailing). The player whose turn it is carries out the following actions in any sequence: expanding, attacking, hiking, sailing. Whoever occupies the final field in a country founds that country and receives points. There are further points in three large tribe evaluations during the game for the largest tribes, control of the seas, and control of the countries. Contents: gameboard, scoreboard, 5 tribe leaders, 188 tribe shields (in five colors), 12 foundation stones, 1 action stone, 2 short rule sets, instructions." The game is, in many aspects, very similar to Captain Future Home Page: http://kramer-spiele.privat.t-online.de/neuerscheinungen/origo.htm (German)