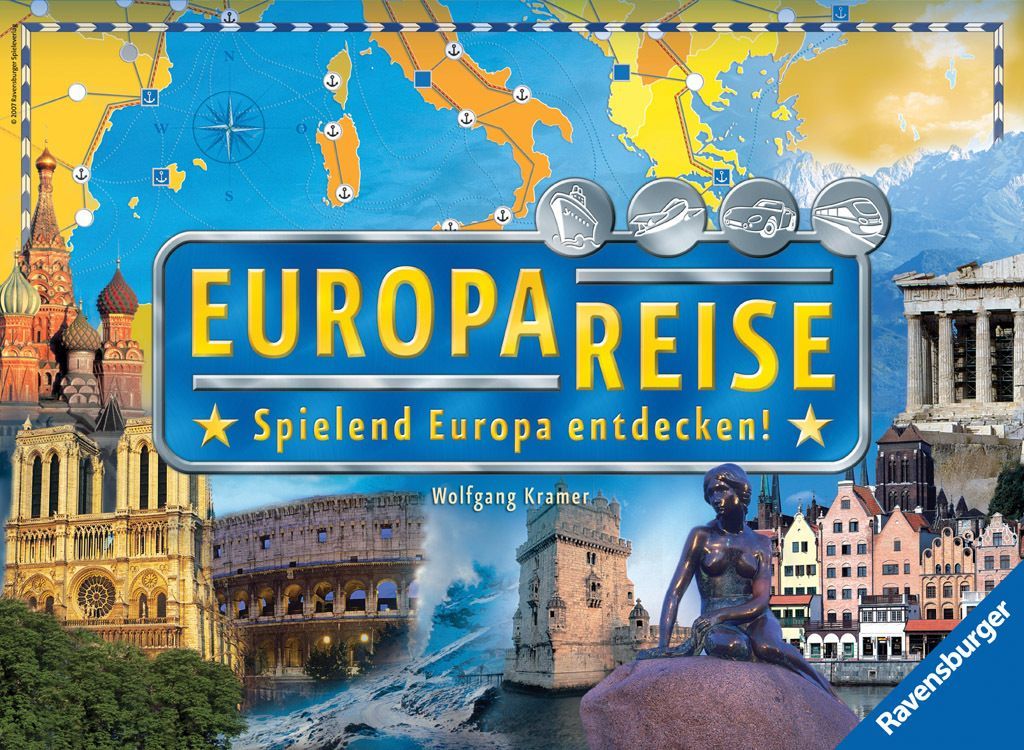 Description with permission from www.boardgamenews.com- "By airplane to Paris? By ship to Barcelona? Or by car or train to Milan? No matter how you do it, travel throughout Europe! With a good plan, the correct tickets, and some luck in your luggage, you'll lead a travel party to multiple destinations and use insider tips to make side trips. A slew of information in words and pictures for 155 cities is awaiting your visit! The players travel by car, train, ship and airplane from city to city and control private and public destinations with three travel companies. The goal is to visit as many destinations as possible in six differently colored regions. Whenever a player reaches a destination, he lays the corresponding city card in front of himself. The game ends when a player has at least ten city cards (or nine cards with five or six players) in six different colors before himself, although the round is played to its end. The winner is the player who visited the most destinations in all six colored regions. New game mechanisms: Europareise possesses novel game mechanisms that differ from the familiar travel games in the Ravensburger catalog (Deutschlandreise, Weltreise). Movement doesn't come from dice, but rather from tickets for planes, ships, trains, and cars. To keep the lines from tangling on the gameboard, no flight lines or ship lines are marked on the gameboard. The players travel from a ship's harbor with a ship chain to any harbor within reach of the ship chain. Travel by airplane is done similarly."