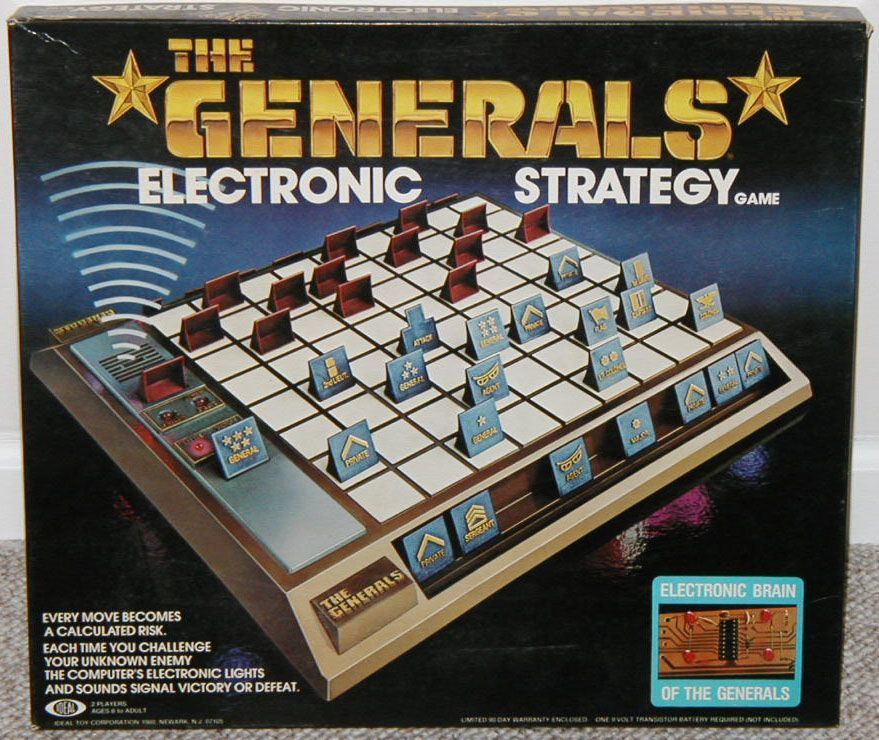 The Electronic Game of Strategy & Suspense Each player commands an army of 21 pieces – from Five Star General to Private – including 2 power Secret Agents. You must capture your opponent’s flags or maneuver your own flag to his front row to win. Using strategy – and courage – you position your “army” for battle. An attack is made! Your piece is challenged when your piece and an enemy piece occupy the same square. The AMAZING COMPUTER goes into action. It electronically signals – with light and sound – which piece is the victor. That piece wins the position. The defeated piece is removed from play. Because the strength of each piece is hidden, suspense builds with every move. Every Move is a Calculated Risk Electronic Arbiter reveals which piece has the higher rank. Flashing Lights signal victory or Defeat for each attack. Electronic Signals sound during a challenge and salute the victory of the game.