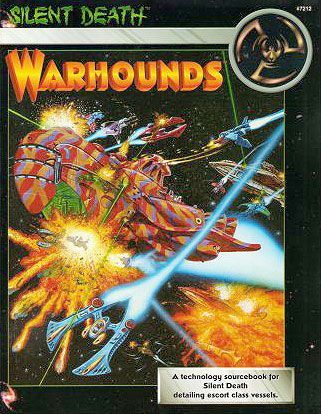 From the back cover: Escorts do the grunt work.. " Yeee-Haw!" came the scream across the headset. " Pipe down; Mike, some of us are trying to concentrate!" Will yelled back as he squeezed off another salvo of missiles toward the fleeing Imperial Nighthawks. "We have 'em on the run. Don't let 'em get away." "They're trying to use that moon for cover." " Mike take your wing left to cut them off" "Will, it..." A flash of blue light lit the canopy as the Talon exploded. Will glanced at the moon. Rising from its horizon came the imposing silhouette of a Mega-fortress. Escort vessels-corvettes, frigates, and destroyers-are the true workhorses of all interstellar navies. This supplement adds the escort vessel class of ships to the deadly universe of Silent Death. Escorts do the grunt work of the navy, serving as long-range patrol craft, picket ships, convoy and fleet escorts, fighter tenders, assault transports, blockade runners and more. This book contains all the info you'll need to incorporate these ships into your Silent Death games. Warhounds includes: • Rules for escort class vehicles, escort class scenarios, an escort campaign • Ship design rules for Warhounds • New weapons for escort class ships . • Ship displays for: Aosho, Constellation, Fletcher, Megafortress, Narwhal, Stingray, Narwhal Ill, Longboat, Ushas, Kali, Nebula II, Pteradon, Cetshwayo