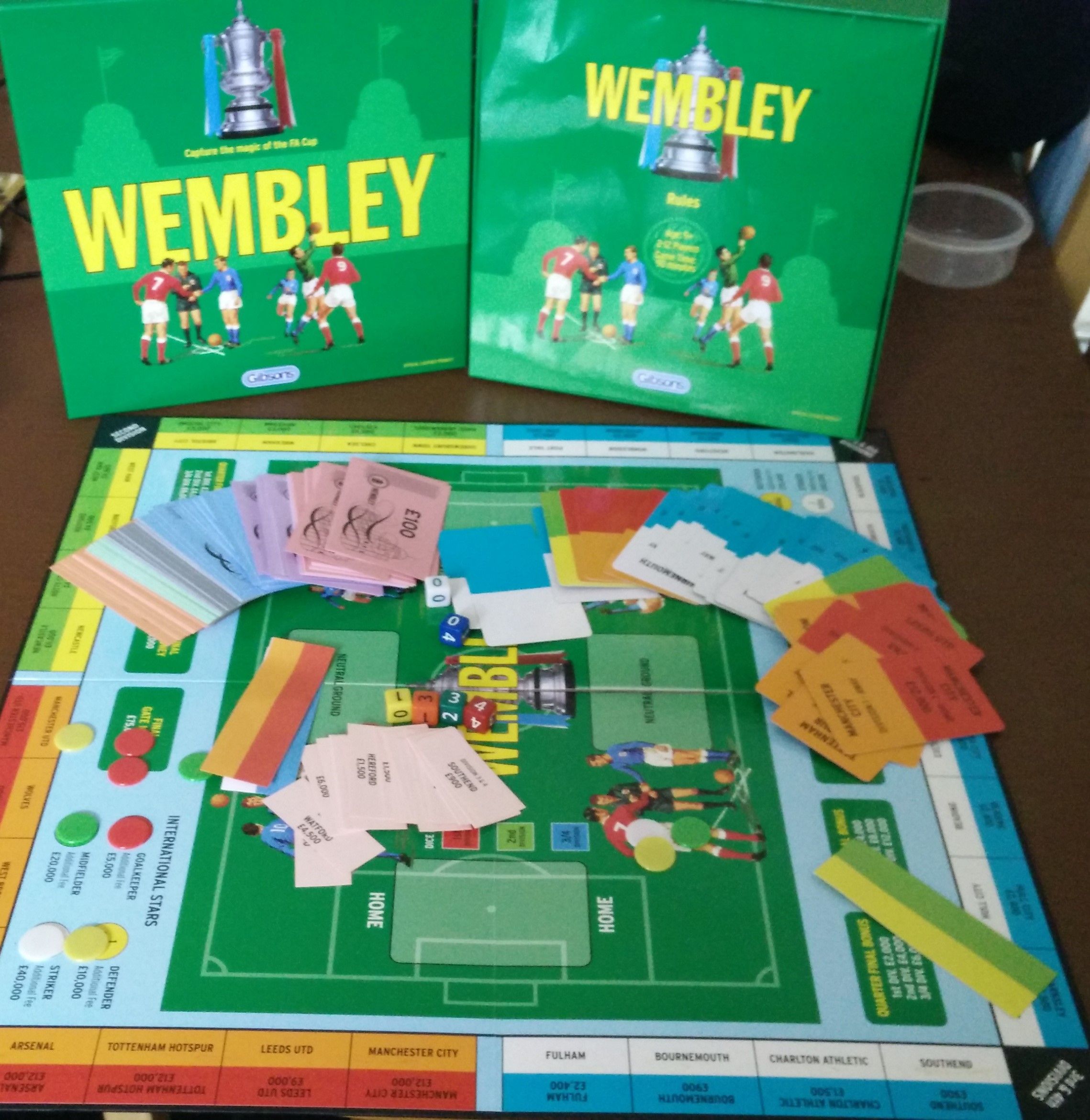 The game simulates the passage of English football teams on their way to winning the FA cup. The game has a series of cards which represent each of the clubs, and are dealt out to the players at the start of the game. The clubs go through an elimination cup series, with money being earned for victories, which can be spent on tokens representing star players. The winner of each match is determined by the roll of a die to represent goals scored, modified by the number of star players. Different dice with various number combinations are used to weight the chances such that a premier division team will usually beat a lower division team. Subsequently published under title Wembley by Gibson Games.