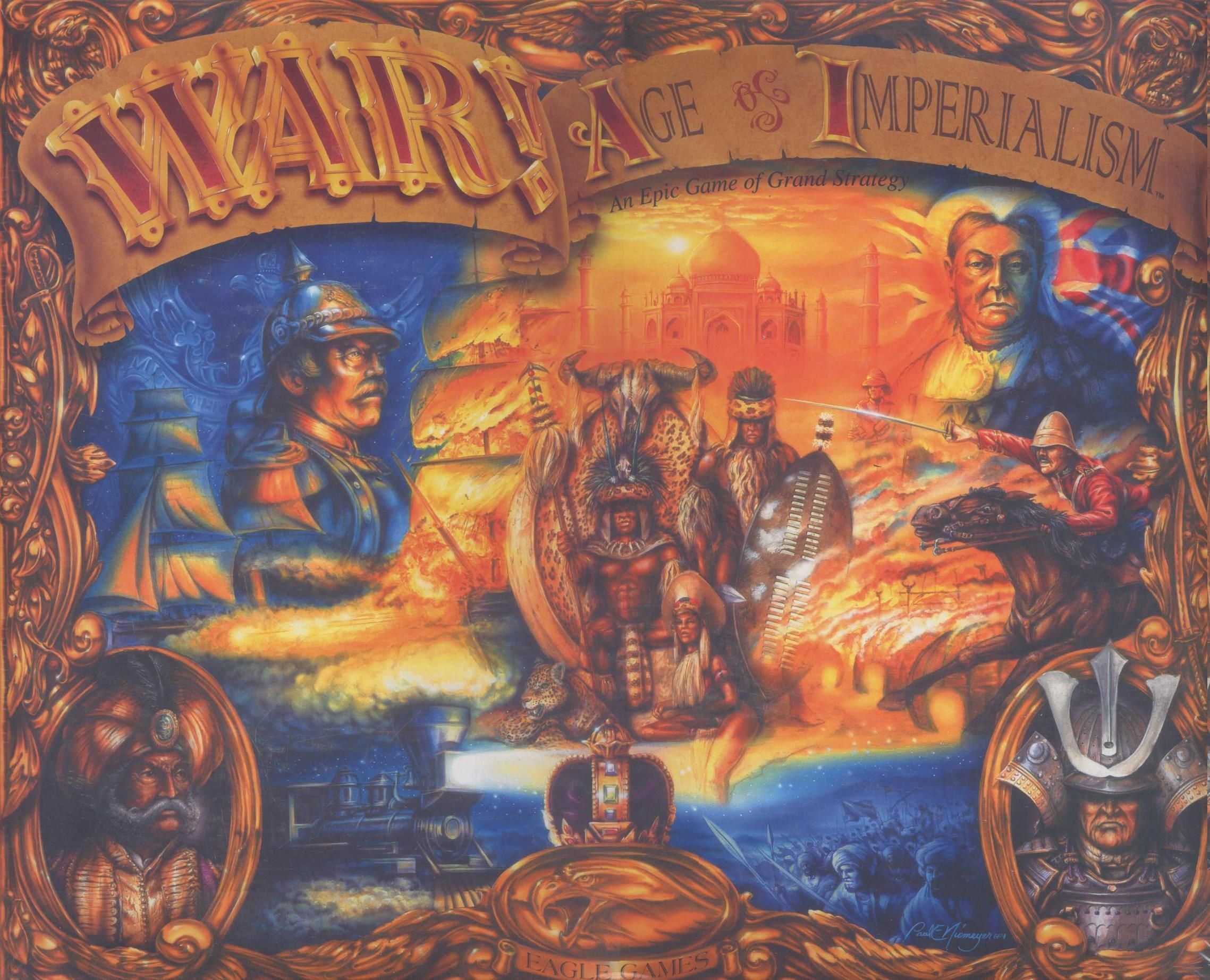 War! Age of Imperialism is a game of empire building, exploration, economic expansion, technological advancement, diplomacy, and tactical battles in the age of Imperialism (1830 - 1900). Players rule one of the great powers of the era as they attempt to carve out an empire. Should they build up their army or economy? Negotiate or attack? Spend on research or a new fort to protect the frontier? The game comes with 3 levels of rules (basic, standard, advanced), a huge game board (46×36 in) and 816 molded plastic figures. Microbadges Buy One