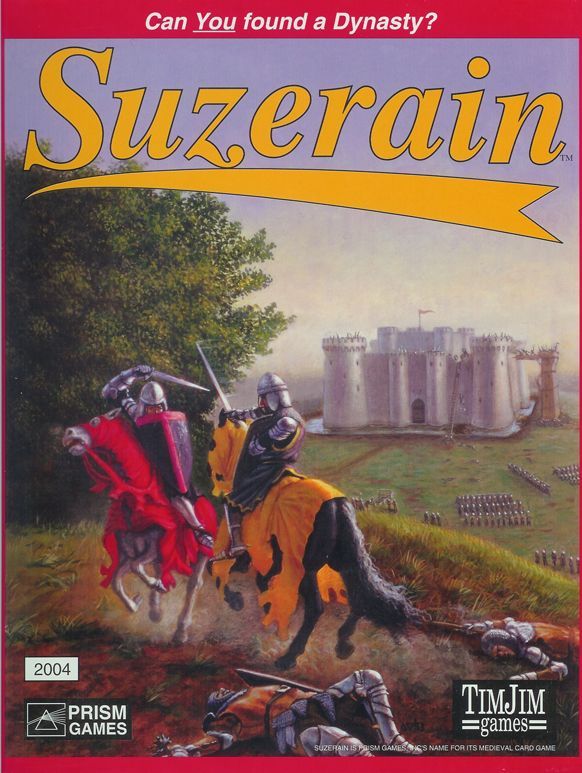 Two to six players strive to be first to found a dynasty and be crowned Suzerain of all the realms, in this card game of medieval empire building, courtship, and conquest. Each empire is a pyramid of five levels, built from the bottom up by playing Empire cards or adding counters taken as Spoils of War. You begin the game with a single ruler located on the bottom level, and five cards, representing your initial treasury. Each round players play cards or pass, until all players pass. Then players may go to war against other players. Players must avoid famine, plague and peasant revolts, and war from their neighbors, while trying to build an empire, wed your prince/princess to an influential family, and produce an heir - the first to produce two such couples wins the game. Plays best with four players.