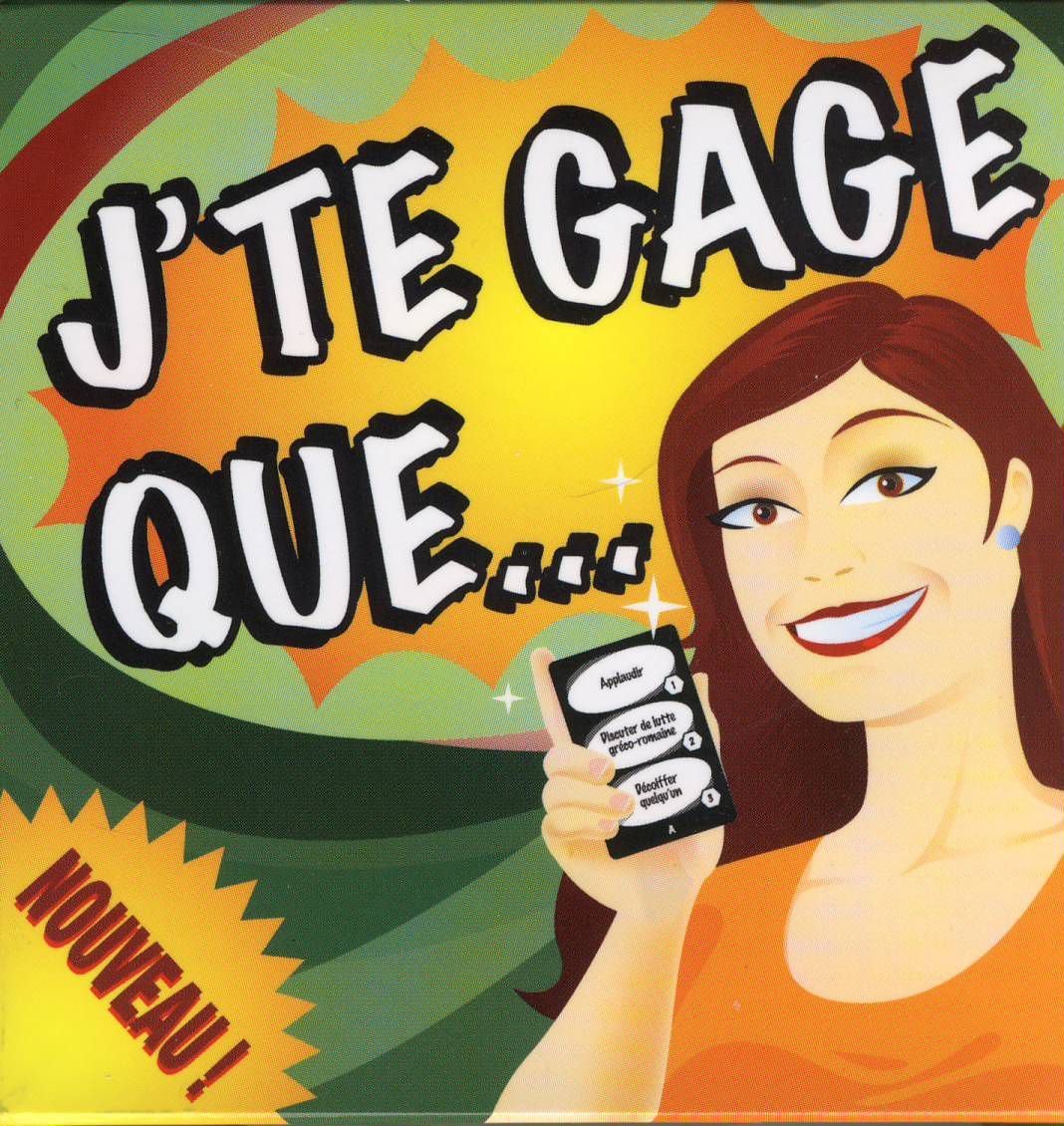 J'te Gage Que... (aka, I Betcha...) can be played during almost any other social activity, including another game. At the start of the game, each player receives a card that features three challenges, e.g., "Speak three sentences in a foreign language" or "Suck your thumb for 30 seconds". Players agree on an ending time for the game, perhaps 1-2 hours, then each player must perform or act out his three challenges during that time in a subtle manner, but with witnesses. If no one says anything for 30 seconds after a player has completed a challenge, he can whip out his card and show everyone the challenge he's just performed. This nets him a number of points specified on the card for that challenge. If, however, another player says, for example, "I bet you had to suck your thumb" and the guesser is right, then the guesser earns two points; if she's wrong, she loses one point. Whoever has the most points at the end of the game wins. Can be integrated with: J'te Gage Que... 2