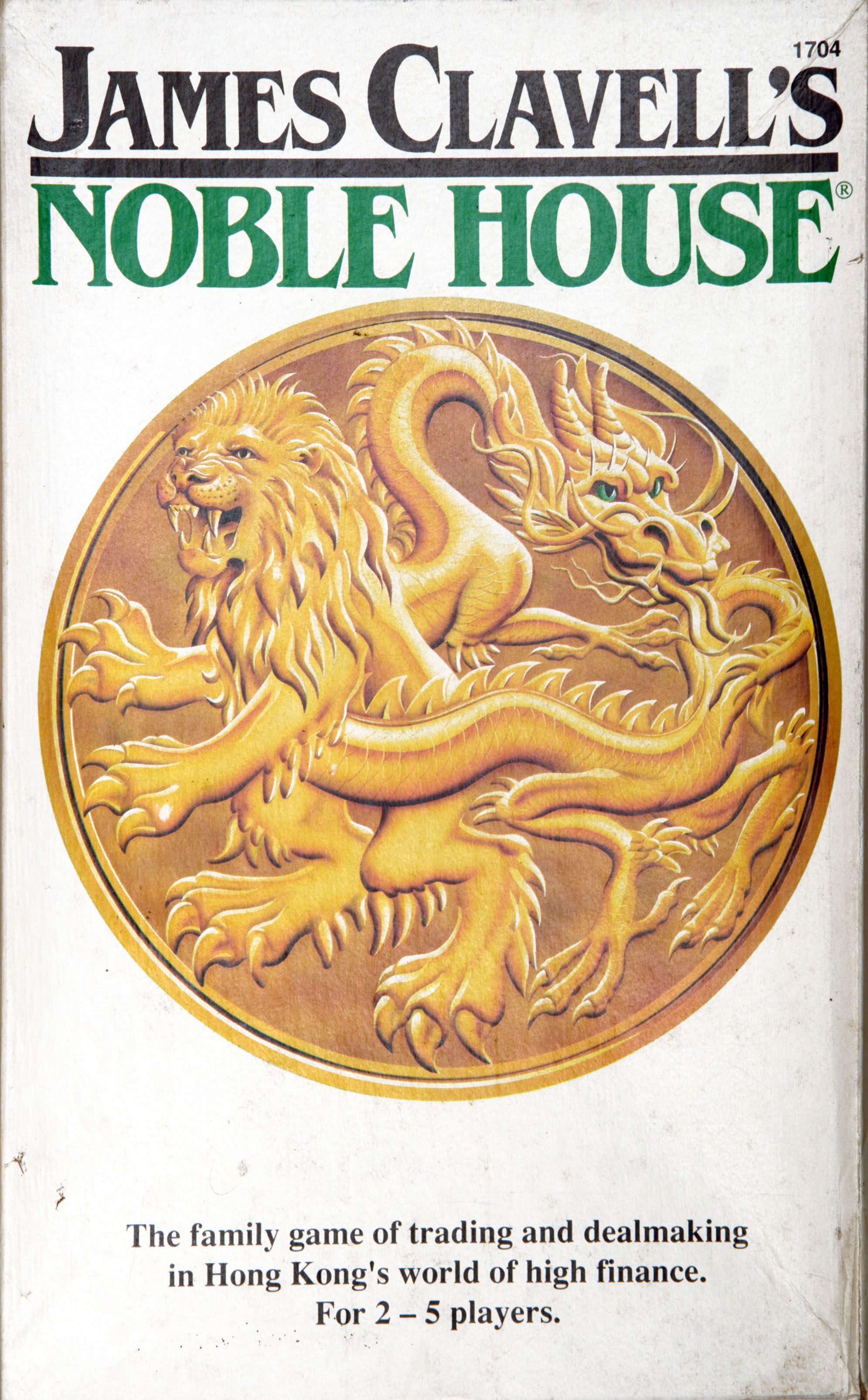 From the Publisher: Noble House is a game based on the novel by James Clavell. In this game, players take the part of the Tai-Pans of major corporations doing business in Hong Kong in the early 1960's, as portrayed in the Clavell book. Each player is head of a large business conglomerate and is striving to be the most influential and powerful leader in the Hong Kong business community. The route to power lies in the manipulations of the stock market, banks, and holding companies, and other typical corporate skull duggery. Synopsis of play: During a turn, players draw event cards, which can be used in many ways to affect one's own future, or the future of an opponent. Players then buy and sell stocks on a volatile stock market, which can fluctuate due to purchase and sale of stocks, failed contracts, or even loss of face (bad faith deals). Contracts are then announced, and if a player has sufficient assets, and can maintain those assets, lots of money can be made. Unfulfilled contracts go up for a general bid amongst the players. Players can then attempt to acquire loans from 3 Hong Kong banks, but, if the Bank Directors, or their proxies, so vote, a player can simply be denied a loan. Furthermore, bank directors, in the person of voting cards held by players, can call in outstanding loans, which must be immediately paid. Players now purchase various assets, such as airlines, railroads, shipping lines, industry, land, and human services, which the player must have to fulfill contractual obligations. Players can buy their own assets, or even lease them from other players. All possible wheeling and dealing is allowed, and no one is ever required to keep his or her end of a bargain. Lastly, if a player's stock falls far enough, and they have been unfortunate enough to lose enough of their own "voting" stock, they can be voted out of the game, which will end the game at the end of that phase. Otherwise, the game ends on the turn when the last event card is drawn.