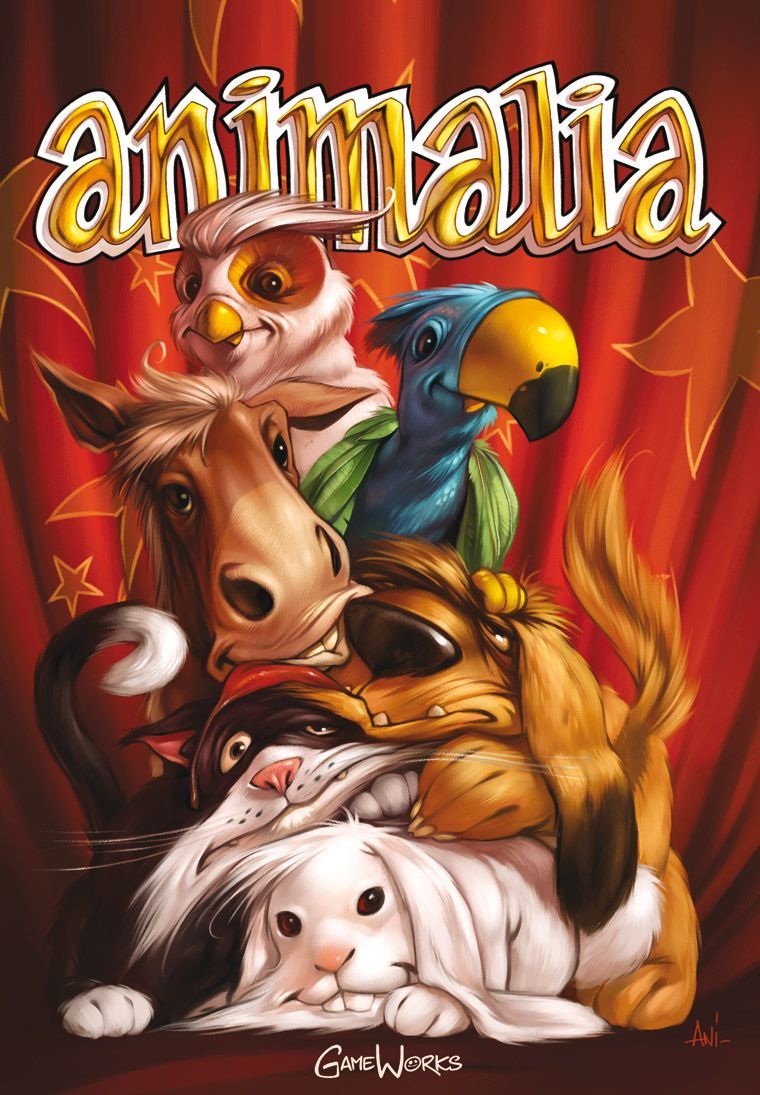 This game was designed and then published as a contract order from a Swiss insurance company ASSURA SA. It is intended to promote one of their product, ANIMALIA, an insurance for pets and animals. One of the goals set early in the process was to design a "real game", not a mere advertising product, playable with the whole family. That's how the game ended up being playable for 2 to 6 players, age 7 and up. It's a light card game, which is enjoyable among adults and children alike, the latter ones having a chance of winning thanks to the luck factor induced by card-drawing. "You're determined to be awarded the title of Best Breeder and you have three season to win as many medals as you can with your show animals. But beware, your opponents are all trying to do the same thing and they certainly won't hesitate to use their animals' special powers to spoil your plans. Stay alert, keep an eye on your opponents' animals as well as your own - and see who gets to the top of the medal table!" The players are animal-breeders who compete to present the finest collection of show-animals over the course of 3 seasons and each season is split into 3 phases. In the first phase, players take turns drafting 5 animals into their collection. In the second phase, players compare the elegance of their animals by counting the stars at the top of their cards. Bonuses are awarded to the 2 players with the most elegant animal collections. Medals are awarded in phase 3 at the end of each season. Players earn animal medals for having multiple animals of the same family, or 5 different animals. The breeder with the highest number of medals at the end of the third season is declared the winner!