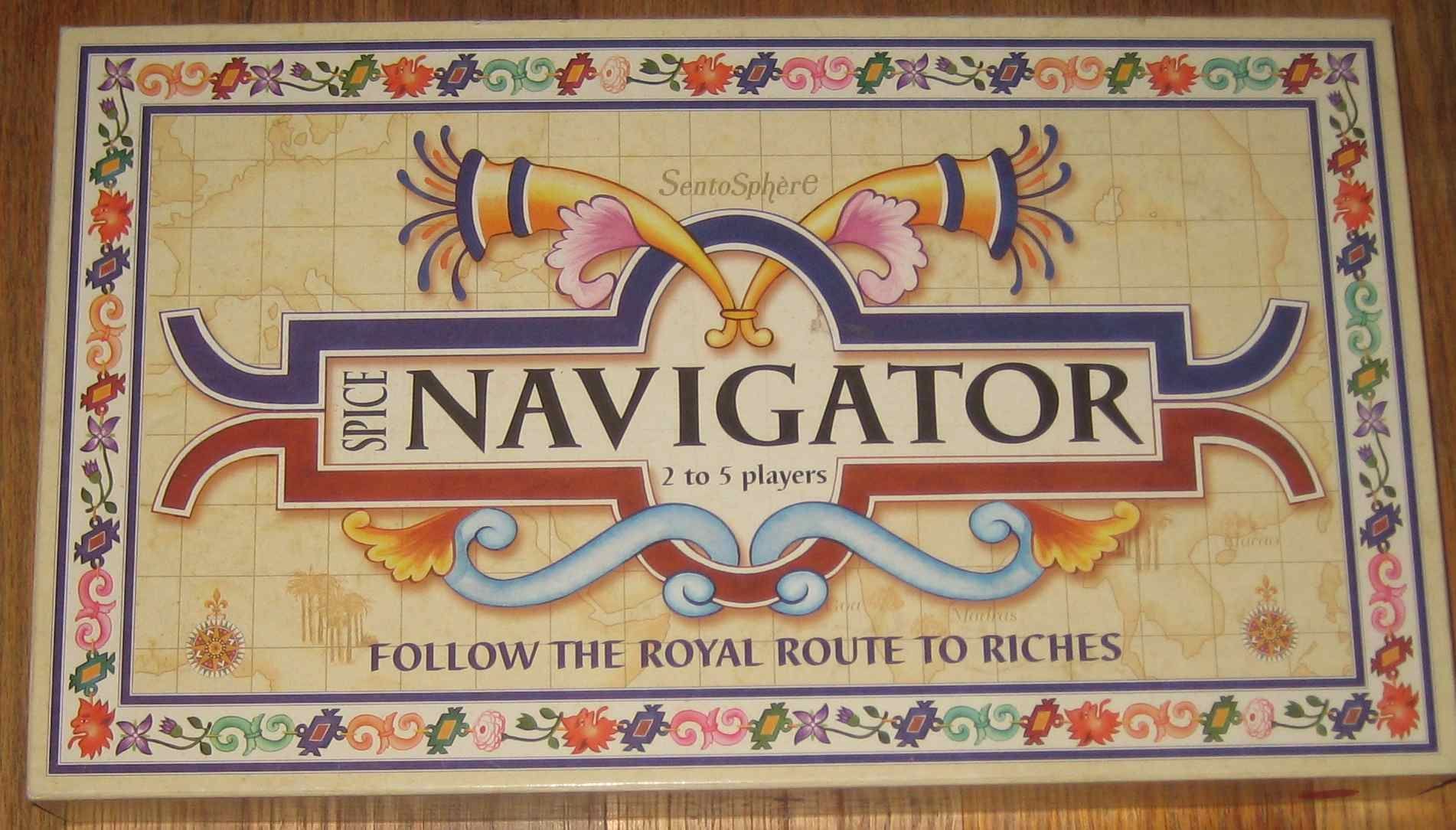 Each player captains a European merchant ship out to trade for the spices of Africa and Asia. The board simulates an old map and is divided into four trading regions, each with multiple ports. Each region sells a different spice and the market price is controlled by card play. However, an "expert price" can be obtained by guessing the identity of a mystery spice. The game actually comes with around twenty small containers of real spices that get thrown into a bag. If a player is trying to get an expert price, he picks one container at random, opens it, sniffs it, and guesses what it is from a list of common and not so common spices. This is not the main aspect of gameplay, but it does spice it up, so to speak. It is mostly a commodity speculation game; not only do the players need to get good prices on the spices that they are bringing back to Europe, they also need to lay in supplies in order to keep their ship on the move. Obtaining the money to buy supplies requires selling spices to regions other than the spice's region of origin; and in this case, a player wants the spice price to be high. Event cards add a random aspect to the game and there are pirates prowling the waters who are out to ruin a captain's best laid plans. Title translates to "The Spice Route".