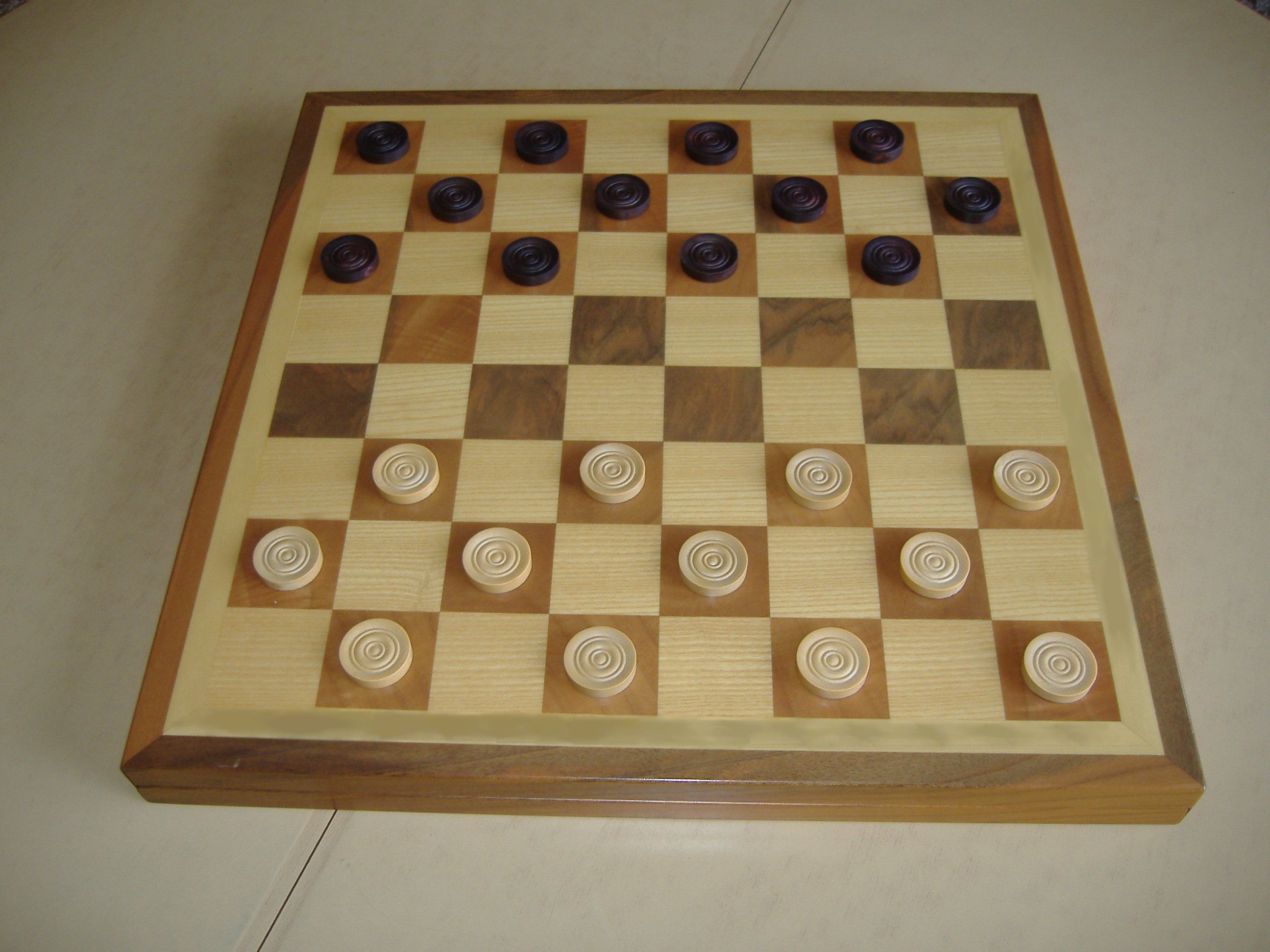 It is the national form of checkers in Italy, where it is called Dama. Played on an 8×8 board (rotate 90 degree with respect to Checkers, it differentiates with most other games of the Checkers Family because men can't jump kings. Another peculiarity are the jump rules, which define with more cases which move is compulsory in case of multiple possible jumps. Men move and capture only diagonally forward. Kings move and capture diagonally forwards and backwards but don't fly. This game can be played online at Ludoteka