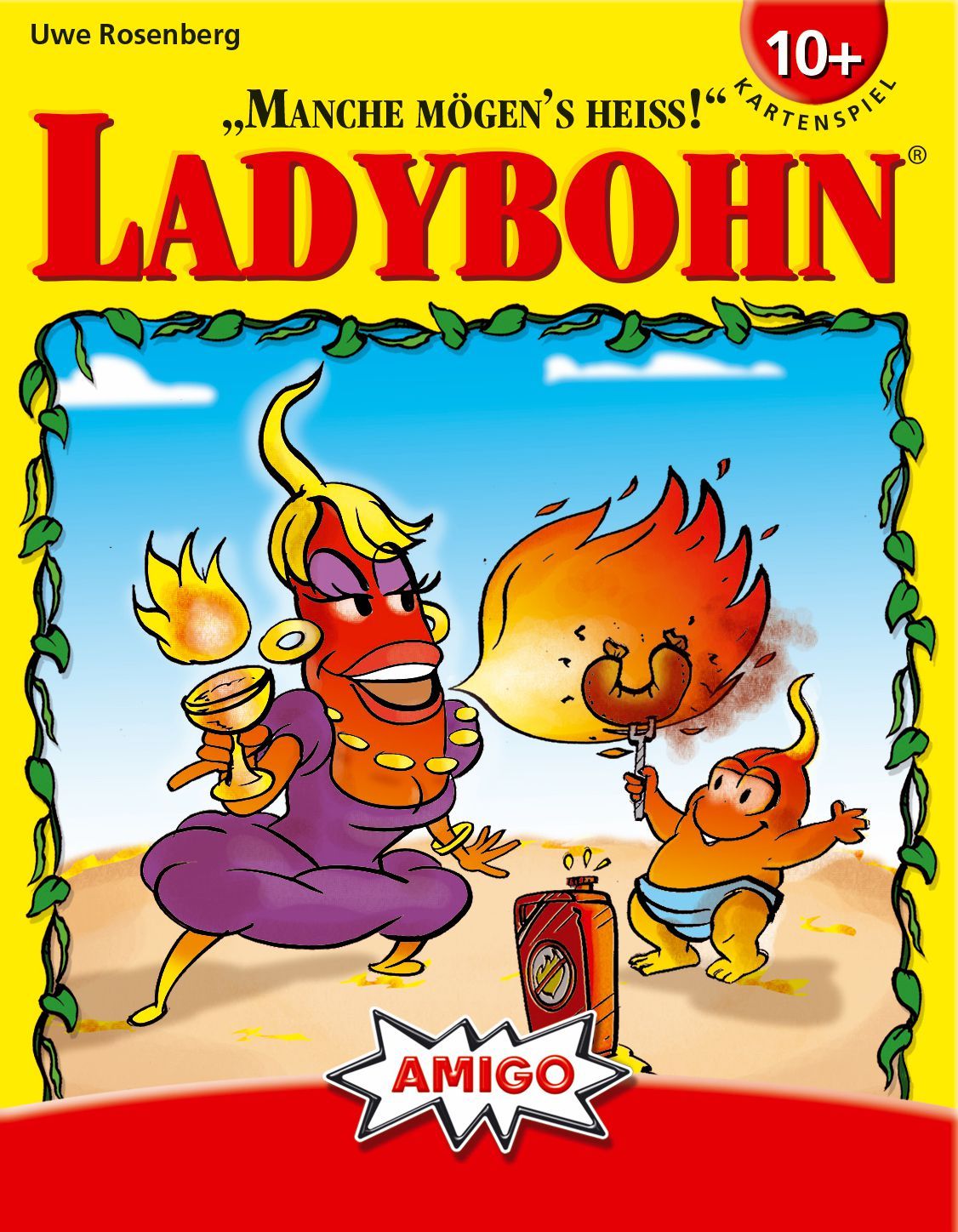 The standalone game Ladybohn: Manche mögen's heiss! ("Some like it hot!") is a marriage of the Bohnanza base game and the Ladybohn expansion that first appeared in 2002 — but now with babies added to the mix! This game features 110 cards, with a reworked distribution of the basic beans from Bohnanza. For example, Ladybohn: Manche mögen's heiss! still has six "Gartenbohnen", but now four of the cards are male, one is female, and one is a baby; there are 21 "Blauen Bohnen", 11 of which are male, with five females and five babies. As with the original Ladybohn expansion, the female beans have better beanometers than the male beans, so if you harvest a field with a lady on top, you'll likely receive more coins. The new babies have no beanometer, so harvesting a field topped by a baby is worthless; when a baby is planted in a field, however, a female bean in the field can move two cards toward the top of the stack, which means the babies can bring the superior females where they are needed most. In English, Ladybohn: Manche mögen's heiss! is included in the standalone expansion Bohnanza: Ladies & Gangsters.