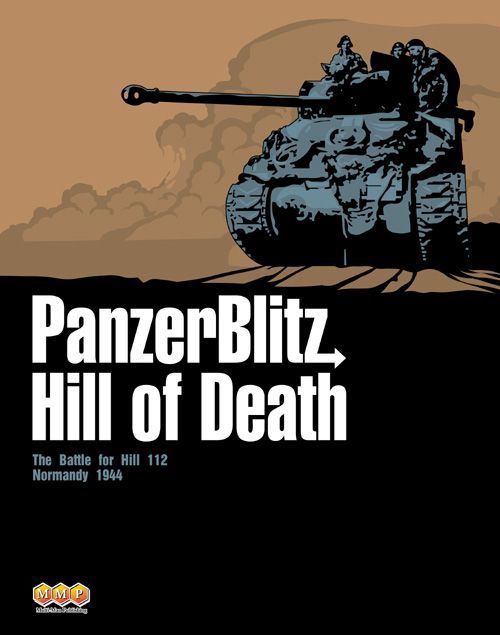 Panzerblitz: Hill of Death: The Battle for Hill 112, Normandy 1944, covers the epic battle between British & German forces for the dominant terrain feature, Hill 112 and the control of Normandy. Take command of Infantry and Armor units to control key terrain features on Hill 112 and the surrounding countryside. This battle waged for over 4 weeks with the hill and surrounding objectives changing hands several times. This is not the PanzerBlitz of the 70's, but rather a modernized system which uses many of the core concepts of PanzerBlitz while removing some of the 'gameyness' of the original system. Panzerblitz: Hill of Death is the first game in the Panzerblitz 2 series from Multi-Man Publishing Game Scale: Turn: 15 minutes Hex: 273 yards / 250 meters Units: Platoon Game Inventory: One 22 x 32" full-color mapsheet Three dual-side printed countersheets (352 5/8" counters & 140 1/2" counters) One 18-page Panzerblitz: Hill of Death rules booklet One dual-side printed Player Aid card Four dual-side printed Scenario cards