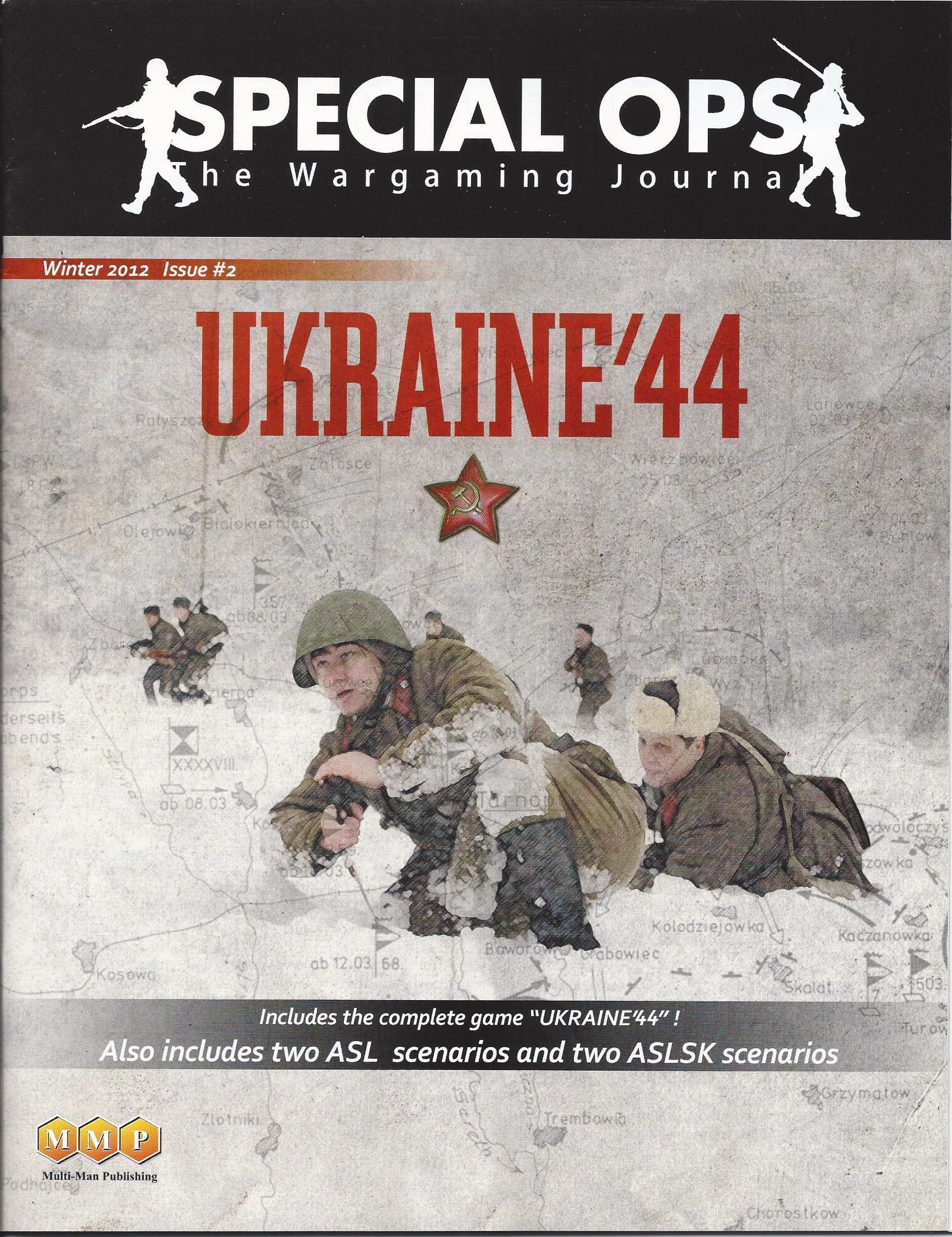 Ukraine ‘44 is a simulation game that focuses on one of the pivotal moments of the Soviet Winter Offensive in Ukraine in 1943 and 1944. Over the course of a week, the Axis 1st Panzer Army was cut off and encircled by strong Soviet forces of the 1st and 2nd Ukrainian Fronts and like its brothers at Stalingrad and Korsun, expected to be destroyed. In what would called the battle of the Kamenets-Podolsky Pocket (or Hube’s Pocket), the Germans would fight and claw their way out and finally escape. Hube’s successful operation to escape encirclement is still studied to this day as a model of how to breakout from a pocket. Ukraine '44 is part of the International Games Series (IGS) from Multi-Man Publishing (MMP). Originally published in Special Ops magazine issue #2 (Winter 2012). Game Scale: Turn: 2 days Hex: 3.1 miles / 5 km Units: Division to Corps Game Inventory (Special Ops #2 edition): One 22 x 34" full-dolor mapsheet One dual-side printed countersheet (280 1/2" counters) One 8-page Ukraine '44 rule booklet