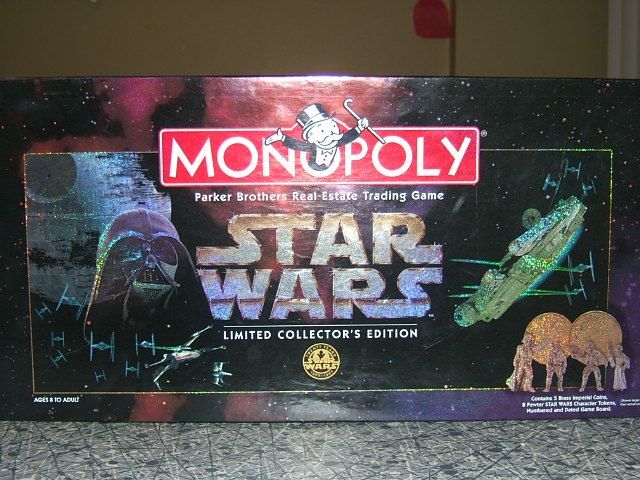 A game where becoming the wealthiest player by buying, renting, and selling property will win the game. Set in a galaxy far far away. You can choose to represent the Rebel Alliance, by playing Luke or Leia, Han Solo, Chewbacca, or R2-D2. You can choose to represent the Galactic Empire by playing Darth Vader, Boba Fett, or a Stormtrooper. The components of the game include brass imperial coins, and very nice pewter characters. Instead of houses, star wars vehicles stake your claim on property, including x-wing fighters, TIE fighters, Corellian Freighters and Star Destroyers. May the Force Be With You!!!