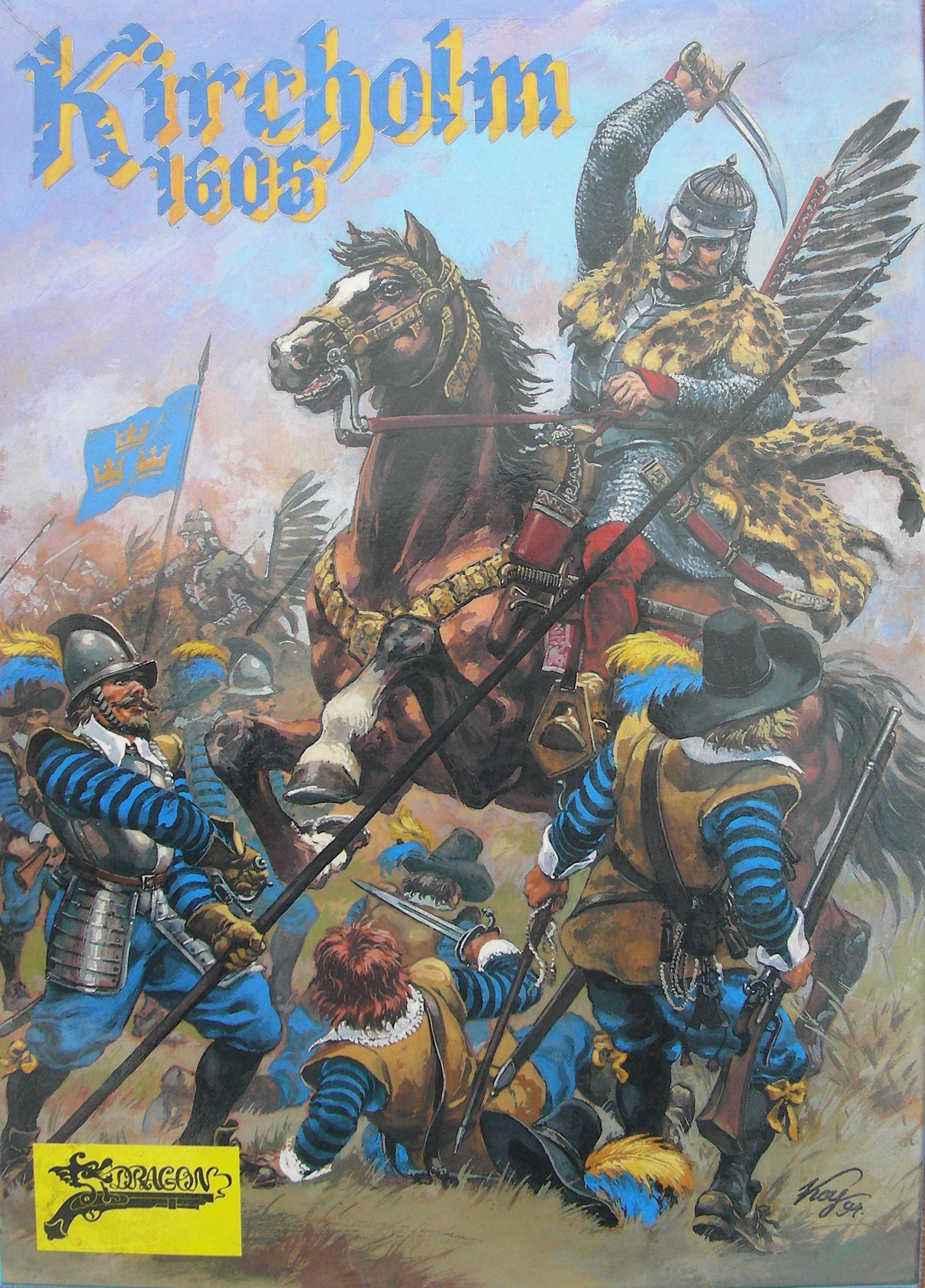 The Battle of Kircholm (27th September 1605) was one of the major battles in the Polish-Swedish War of 1600-1611. 12,000 Swedish troops led by Charles IX, King of Sweden, attacked 4,000 Polish commanded by Jan Karol Chodkiewicz, Grand Hetman of Lithuania. The battle was decided in 20 minutes by the devastating charge of Polish-Lithuanian Commonwealth cavalry, the Winged Hussars. In effect half of Swedish soldiers had been wounded, killed or captured (Charles IX hardly escaped) and Polish loses were about 300. The battle ended in the decisive victory of Polish-Lithuanian forces, and is remembered as one of the greatest triumphs of cavalry ever. The game comprises a full colour map, and counters (need to be cut). The rules are in Polish. Related Microbadges Dragon fan