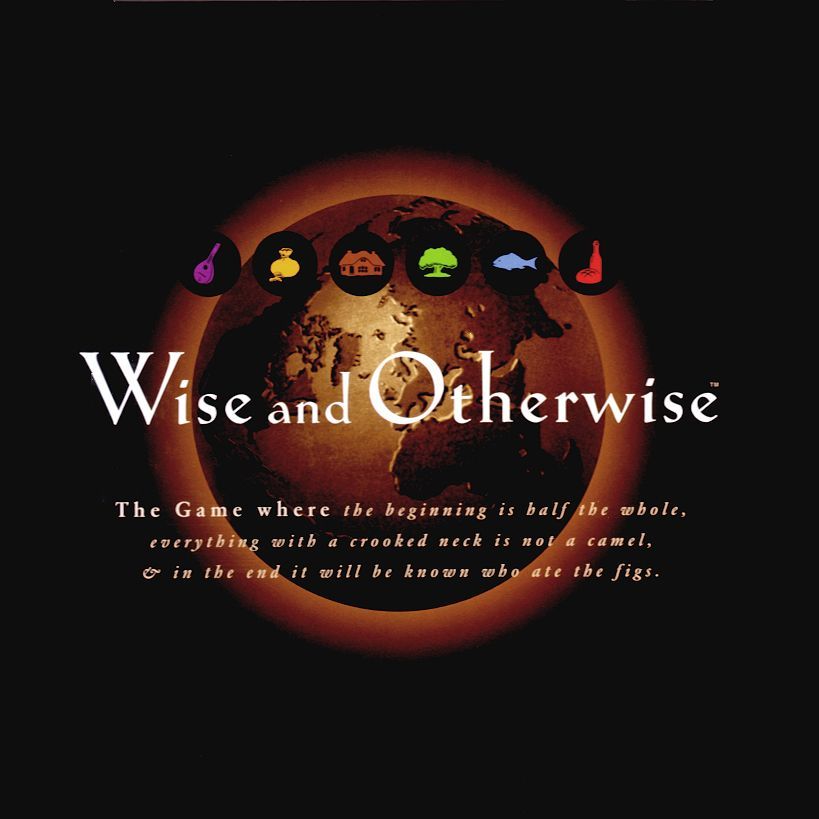 Aptly described as Confucius plays Balderdash. One player is designated as the Reader each round. That player reads the first part of an old saying or proverb to the group, and states the country of origin for that proverb. The remaining players must secretly write an ending for the proverb and pass it to the Reader, who collects all possible endings. The Reader shuffles the submissions, and then reads each ending aloud for the group. Players must then vote for the ending they think is authentic. A player gets 2 points for each vote that their submission receives, and an additional 2 points if they vote for the correct ending. If no player votes for the real ending then the Reader is awarded 3 points. Once a player has earned 20 points, the game is over. If there is no winner at the end of a round, then the next player becomes the Reader and this process repeats. "All the Wit of the World... is Not in One Head" With 2500 sayings from across the world, creative wordplay and careful use of dialect are just as important in this game as the metaphors that you create. "The Beginning is... Half the Whole" Below are a few sample proverbs from one of the cards in the game. There's an old Tibetan saying: "It is no use trying to tug a..." There's an old Zambian saying: "A small thing is not noticed..." There's an old Dutch saying: "For the sake of the grease the cat licks..." There's an old English saying: "Cheese and money should always..." There's an old Croatian saying: "Those who eat porridge..." Only the first half of the proverb is shown here - if you want to find out how the proverb ends, you'll have to play the game!