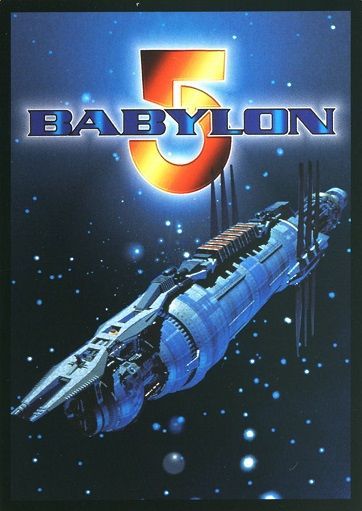 Based on J. Michael Straczynski's popular SF series (including the short-lived spin-off, "Crusade"), this CCG with a story-telling flavor deserves its fan following. Precedence lost the rights from Warner Brothers and Crusade was their final expansion set; the game was produced from 1997 until 2001 and is still supported by numerous fan web sites. The Babylon 5 CCG is for two to five players (or more, using the alternate faction rules). Each player chooses a different Race (Narn, Centauri, Minbari, Human, etc.) and is in control of the ambassador of this race. With this ambassador you will build a Faction, then set an Agenda for your Faction to pursue. By fulfilling your Faction's Agenda and accumulating Power, you will lead your race to a position of dominance and win the game. You may recruit allies (character cards) from among the other races, or try to rely only on your own people. Will you use diplomacy, intrigue or military conquest as your stepping stones to power? Will you rise to dominance on your own merits, or will you seek the aid of an elder race, like the Shadows? If you do, beware, for there may be a price! Choose your actions wisely Your decisions decide the fate of the Galaxy.