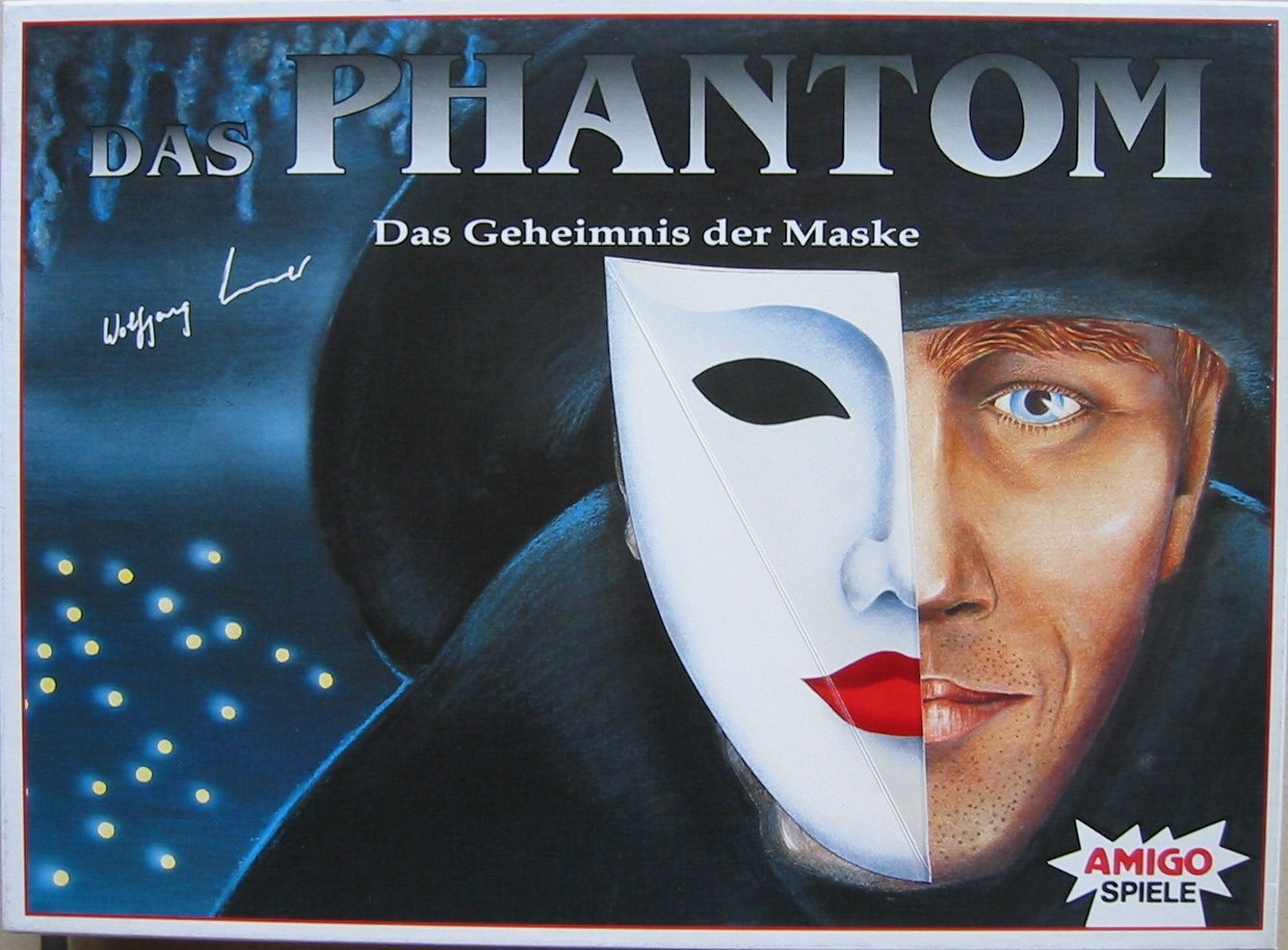 Extrapolated from the rules. The frightful Phantom is on the move and spreading fear and fright. He has kidnapped a beautiful, young woman from the village and brought her to the castle "Zitterstein" to an underground hiding place whose secret doors open only to the sound of a Violin and the smell of Roses. Object of the Game Each player must find a Violin and a certain number of Roses in the underground labyrinth: With 2 players 6 Roses With 3 players 4 Roses With 4 players 3 Roses With 5 and 6 players 2 Roses. The first player to advance to the hiding place of the Beauty with a Violin and the correct number of Roses wins the game. Contents 1 Gameboard 1 Phantom figure 6 Player's pawns 1 Large Phantom die 6 Special dice 32 Hexagon Tiles 24 Magic Cards 14 Roses 6 Violins 1 Rule book How to play: The oldest player begins the game. He gets all the dice and rolls the black dice first. He selects one of the dice and moves his pawn according to the number shown. Afterwards the second player takes one of the remaining dice and moves his pawn. Then the third player follows, etc. The last player in a round must take the last remaining die. Once all players have moved the start player rolls the large white die and move the Phantom accordingly. Then all the dice are passed to the next player in a clockwise direction who follows the same procedure. The Phantom The player who rolled the black dice in this round moves the Phantom. After all players finish their turns with the black die, he rolls the white die and moves the Phantom in any direction. Afterwards the next player in a clockwise direction receives all the dice and the next round begins. How Does the Phantom Move? The Phantom leaves his Start place in any direction. The Phantom may land on and over wall spaces and can also stop there. Phantom can move through rooms. It enters and leaves a room from any space. The room represents a space and costs one point of movement. The Phantom may not enter the End Space or a Violin Space. He also may not move over them. The White Phantom Die It shows 1 - 5 pips and a Phantom. The pips mean that the Phantom is moved a corresponding number of fields. If the white die shows the Phantom, the Phantom must be moved into an arbitrary room. Then the player throws the white die one more time and the Phantom moves that number of spaces from the new room. The Phantom is an Obstacle. No pawn may land on or pass through a space that the Phantom is standing on. The game ends when the player that possesses a Violin and the required number of Roses can enter the End space. A player that reaches it only by exact count is the winner.