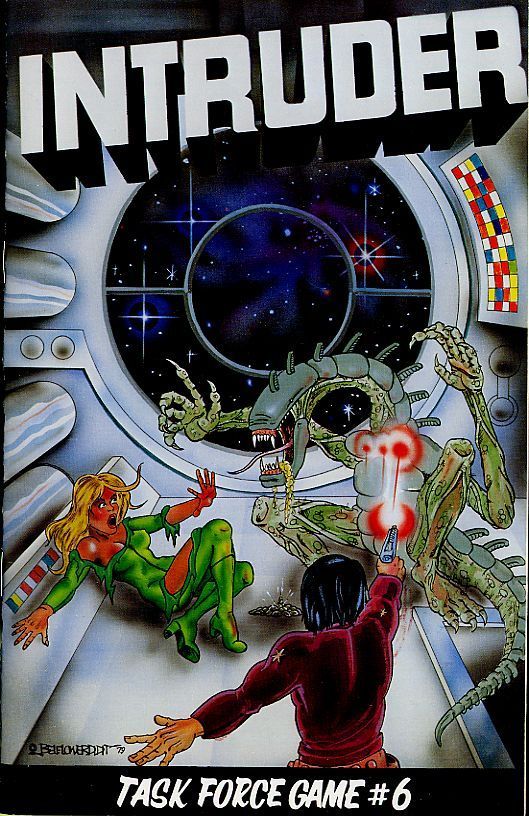 "IT'S LOOSE!!!" "Lab, this is command. WHAT'S loose?" "It broke out of the lab! It killed Jones!" "What is it? WHAT killed Jones?" "I don't know, but it's headed your way!" The Intruder is an alien being of unknown power. During the course of the game the Intruder will move through the space station as both the hunter and the hunted. One or more players must cope with a monster that moves rapidly and changes continuously as it undergoes metamorphosis into a more powerful being, and possibly divides into two or more clones. The game includes 54 multi-color die-cut playing pieces representing the crew and their weapons, lab animals (which confuse the search) and the Intruder. The playing map shows in detail the interior of deep space station 'Prometheus'. The map also contains special charts to record the development of the Intruder. Intruder is an exciting game of terror and suspense for one, two, or more players. Task Force Games Pocket Game #6 Reimplemented as Hidden Intruder -- same design but with improved graphics and modern manufacturing methods.