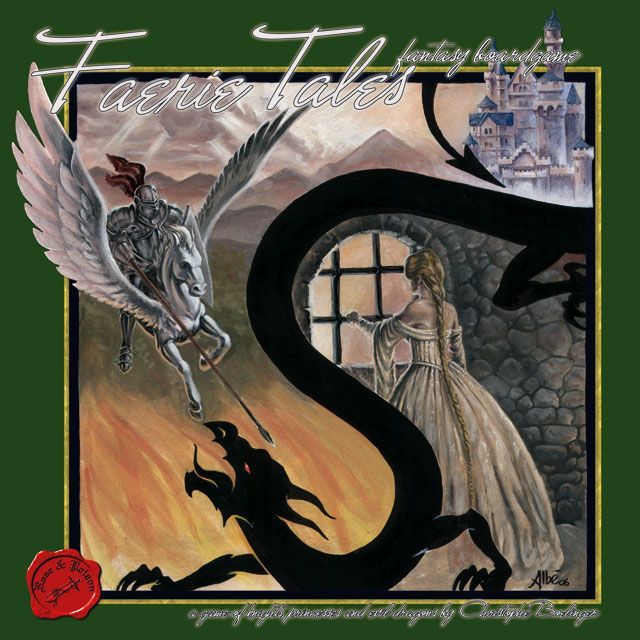 For Faerie Tales In this strategy and fantasy board game, you take control of one of the kingdoms after dragons awake. The game begins with tiles placed face down to build the territory. Players explore the territory while fighting enemy troops with knights, soldiers, a Pegasus, and captured dragons. War is only one strategy to play -- players can also try to take the princess to the enemy castle and force her marriage to the local prince. For Draco Mundis The players have the responsibility of a team of various adventurers trying to gain victory points by exploring the jungle. All players start with exactly the same team. First they must lay down their pawns (characters, terrains) and then, in turn, realize two actions, like move, fight, or explore. In order to gain victory points, they can kill their opponents or manage to place some of their characters in strategic points on the map. Each pawn has its own constraints, e.g. all cannot move in every direction, or have the same movement points and fight points. Some have special abilities.