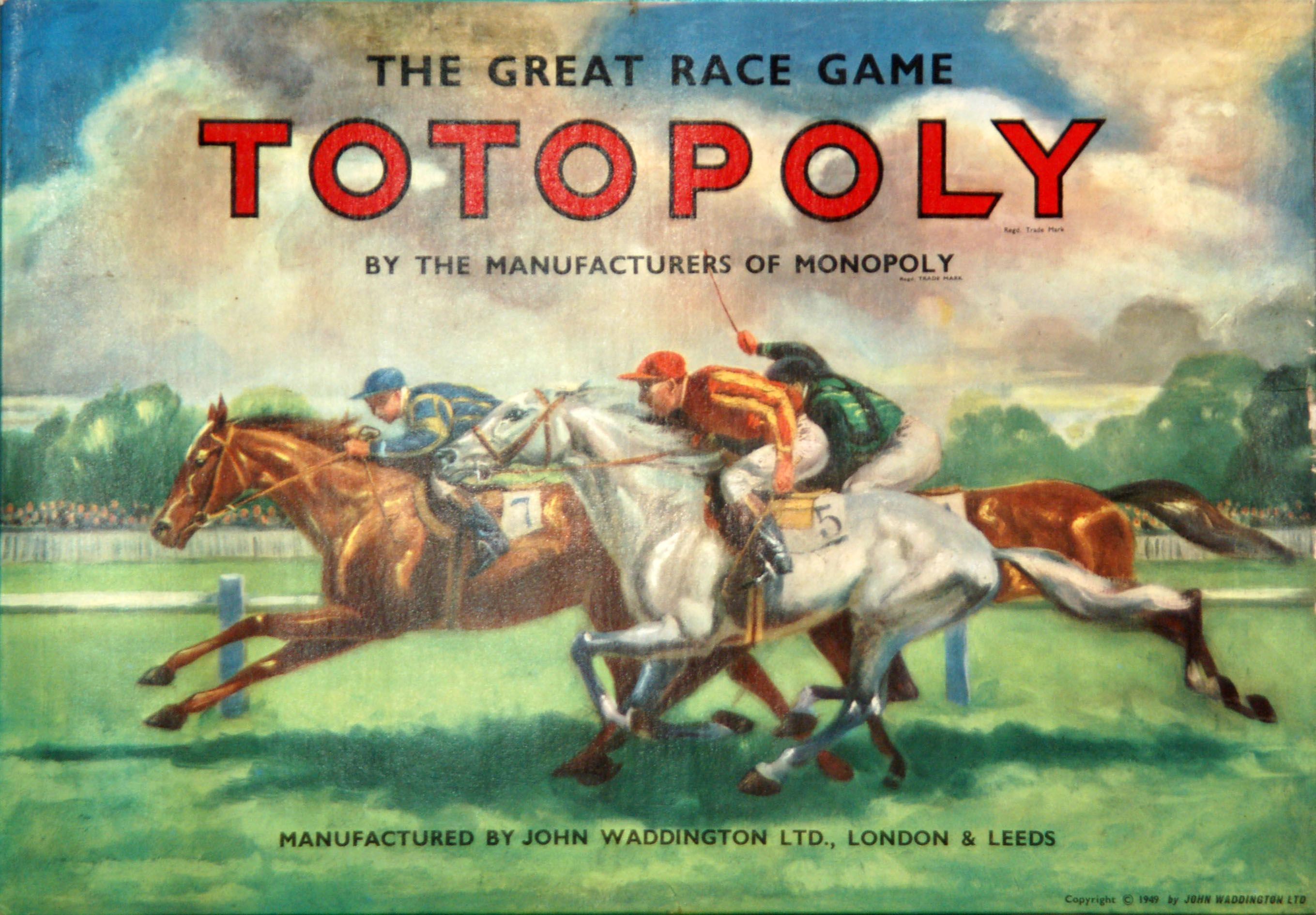 The object of the game according to the early editions of the rules is to own the horse that wins the race. However, many players elect to use later rules editions and make the money count as the measure of the game. Starting with £700, each player can buy horses and/or businesses in two steps, first by lot and then by auction. Then the players make one lap around the Training Track of the gameboard with each of their horses. Here the players collect advantage and disadvantage cards to be used in the race. Also on the Training Track, the players gain or lose money that can be bet on the race. Once the players have circumnavigated the Training Track, the gameboard is flipped to reveal the Race Track. The players may enter only 3 horses into the race. The players may bet on any horse to win. After the betting is over the race begins. The players roll one die and move their horses in turn, utilizing the cards earned during the first half of the game whenever it is felt to be advantageous. The players who bet on the winning horse divide the money bet on the race minus ten percent (that goes to the Bookmaker).