The Lord of the Rings Trading Card Game - Universal Statistics 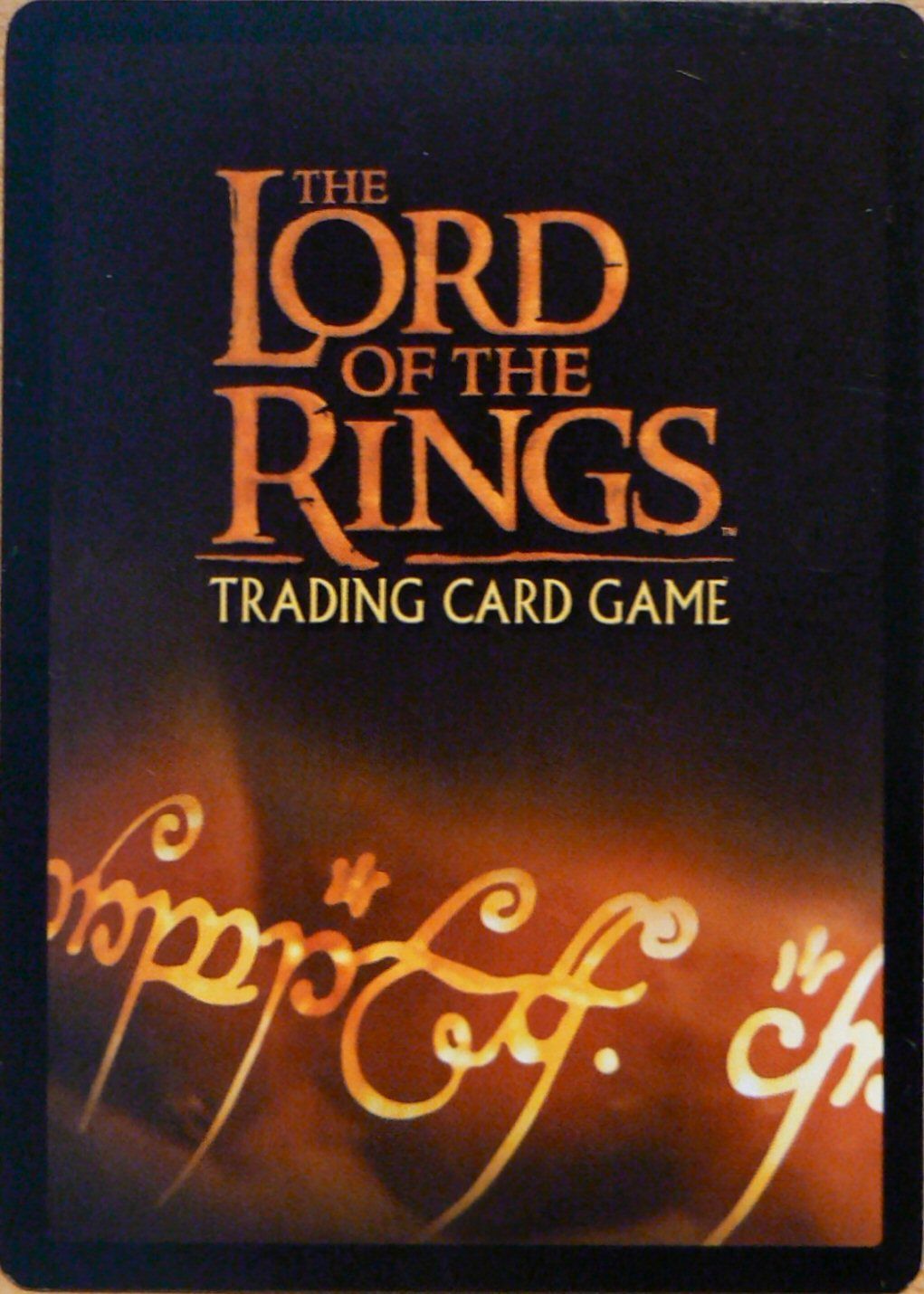 A tradeable card game covering the events of the Lord of the Rings movies. Frodo and his companions journey from Bag End to the destruction of the Ring at Mount Doom. The coverage of the cards is largely loyal to the movies, but it does take some of its lore from the book, and make references to certain atmospheres within the book. Some card sets, such as the Expanded Middle Earth Draft collection, have actors playing roles that were not seen in the movie, replete with costume. This allows for Tom Bombadil and Ghan Buri Ghan (among others) to be considered part of the card game. Nonetheless, they are rare, and typically you feel as if you are playing the movie rather than the book. The game will be fairly familiar to veteran CCG players with a couple of important exceptions: firstly, combat is magic-like in execution but more incremental in resolution: each "lost" combat results in only a wound, not elimination as in Magic, L5R, Star Wars, or most other CCGs. Each character can suffer a limited number of wounds before being eliminated, but this "health" rating is also expended for card special actions - there is no "tapping". Also importantly, this is not a "draw one" game but a "hand-filling" game, which results in a very different dynamic. Lastly, like ICEs Middle-Earth CCG that came before, cards are either "hero" or "shadow" cards; when you play Free Peoples cards in your turn, you effectively pay their cost in Twilight Points to your opponent, who then turns around and uses those points to play Shadow Cards to attack you. As a final comment, Decipher finally saw the light and put a 4-card cap on every card during deck building (and this includes variations; so there is an Aragorn: Ranger of the North and an Aragorn: King in Exile; you can only have total of 4 combined). Additionally, there is a much more sane rarity distribution than previous Decipher products (many - in fact most - familiar characters are common or uncommon, or at least have common or uncommon variations that are no less powerful than the rare versions). This game "ended" when Decipher ran into financial difficulties and let the license expire. The following sets were released: 1 Fellowship of the Ring 2 Mines of Moria 3 Realms of the Elf-Lords 4 The Two Towers 5 Battle of Helm's Deep 6 Ents of Fangorn 7 Return of the King 8 Siege of Gondor 9 Reflections 10 Mount Doom 11 Shadows (Starting with this Set, Minion Cultures were re-formatted) 12 Black Rider 13 Bloodlines 14 Expanded Middle Earth 15 The Hunters 16 Wraith Collection 17 Rise of Saruman 18 Treachery and Deceit 19 Ages' End