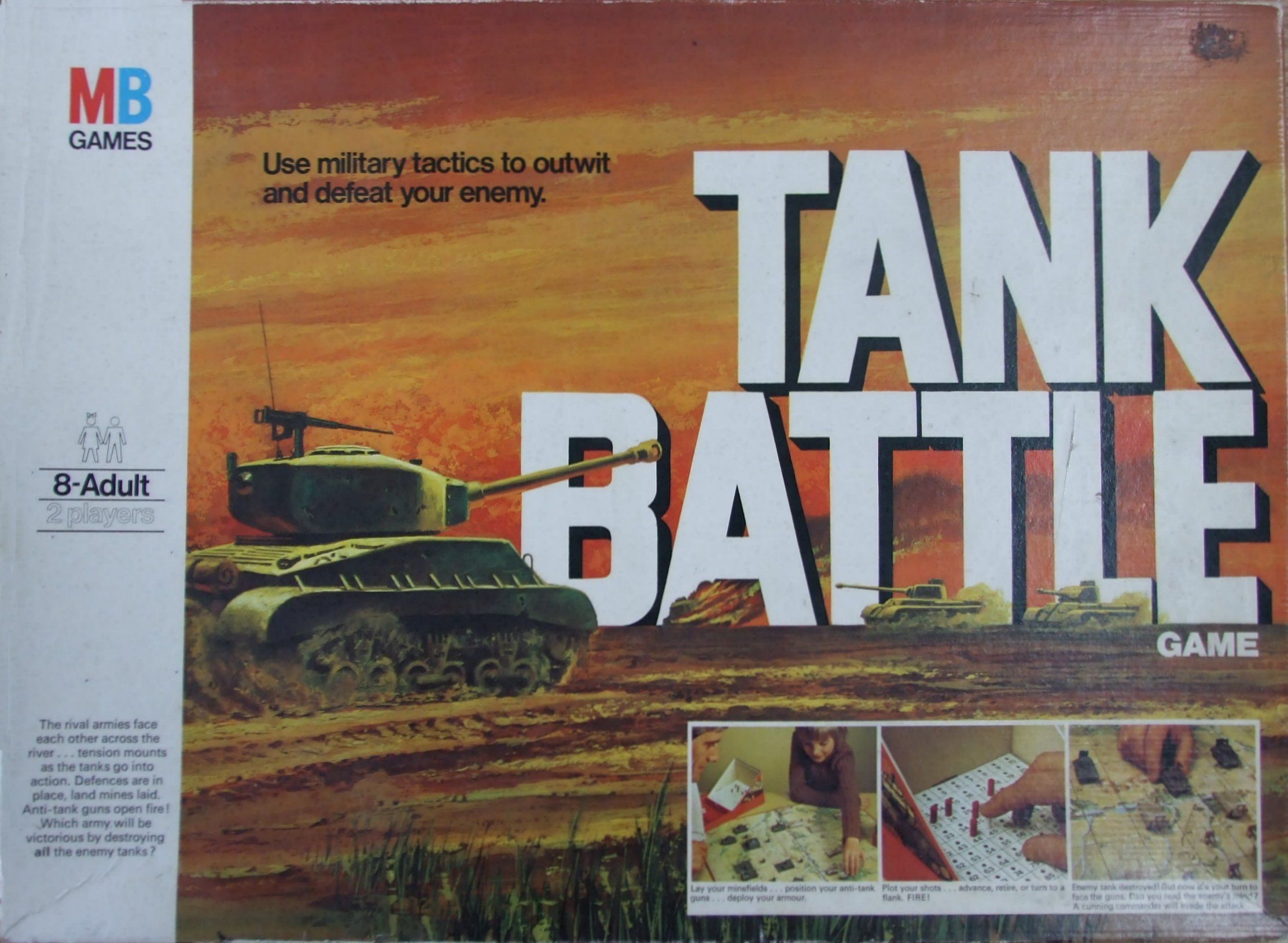 The object of this game (a distant relative of Stratego) is to destroy your opponent's six tanks before he does the same to you. In addition to your tanks, you deploy an Ammo Dump, a Fuel Dump, your HQ and five Anti-Tank guns (which do not move). Your tanks are numbered but the opponent knows not which is which. You also deploy (by writing their coordinates on a scrap of paper) two land mines. On a turn, you first plot secretly (using a peg board) where you think your opponent's tanks will end their move. Once you're ready, he moves. If you guessed correctly, the tanks are killed. (You get six such shots each turn) You also have five special shots which can be fired only once each --they may be added piecemeal during any turn. You lose a special shot whenever you lose an AT gun. You have 6 moves each turn, no more than 3 per tank (unless down to two or fewer tanks). Tanks can only go sideways or forward but those that reach the opponent's starting row are marked with a flag and can now move backward. Tanks attack each other by orthogonal proximity, in Stratego fashion (higher numbered tank wins). Tanks attack AT guns using a spinner. The installations are destroyed by being overrun. Losing the HQ clears your mines; losing the Ammo Dump means you only use as many pegs as you have tanks remaining; losing the Fuel Dump reduces your movement points from six to four. Tanks die if they end up on an enemy mine square. Remade in to Mission Command Land