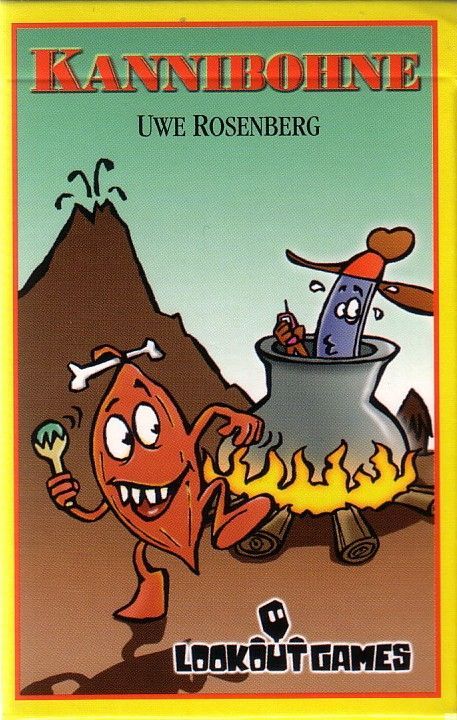 Kannibohne is the seventh small-box Bohnanza-themed game or expansion from Lookout Games. Kannibohne brings cannibalism (thematically, if not in game play) to the Bohniverse, as well as new, cannibalistic bean types, such as the Keniabohne. Released at SPIEL 2006 (Essen), this limited print run of 2,500 copies was individually numbered, though there were some extra copies from the production run with a line instead of a number. Kannibohne is part of the Bohnanza family of games, being a stand-alone 2 player game.