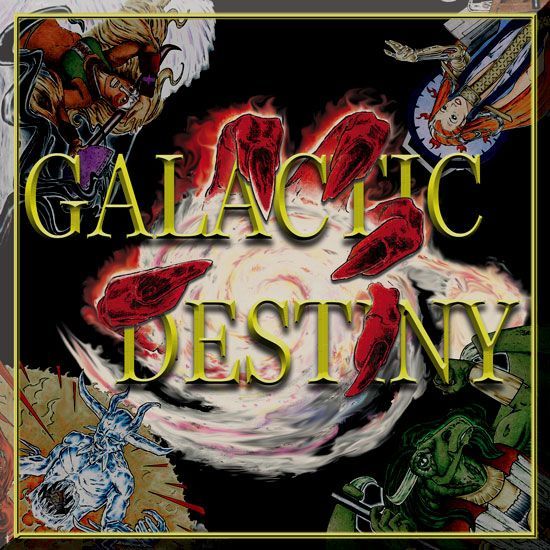 Galactic Destiny is a game of empire building, politics and warfare on a galactic scale. It is a science fiction game with some fantasy elements. Players represent (up to six) political parties that try to gain as much power as possible in the galaxy. Parts of that galaxy may however be taken over by ‘evil forces’ and the chances of that happening increase with the increasing corruption by the senators. "Galactic Destiny is the newest in Science Fiction Universes. 3 - 6 players represent the Senators & Fleets of their cosmic constituency. Players face-off against each other to win the Galaxy to their own ideology. Win through Politics, war, or intrigue and manipulation... ... Oh, yes. And there's Demons. The evil Ke'Ras threaten to possess the galaxy & even your Senators, whenever you act corruptly, back stab, or cheat your friends. Enjoy the Infestation!" (from www.goldenlaurel.com)