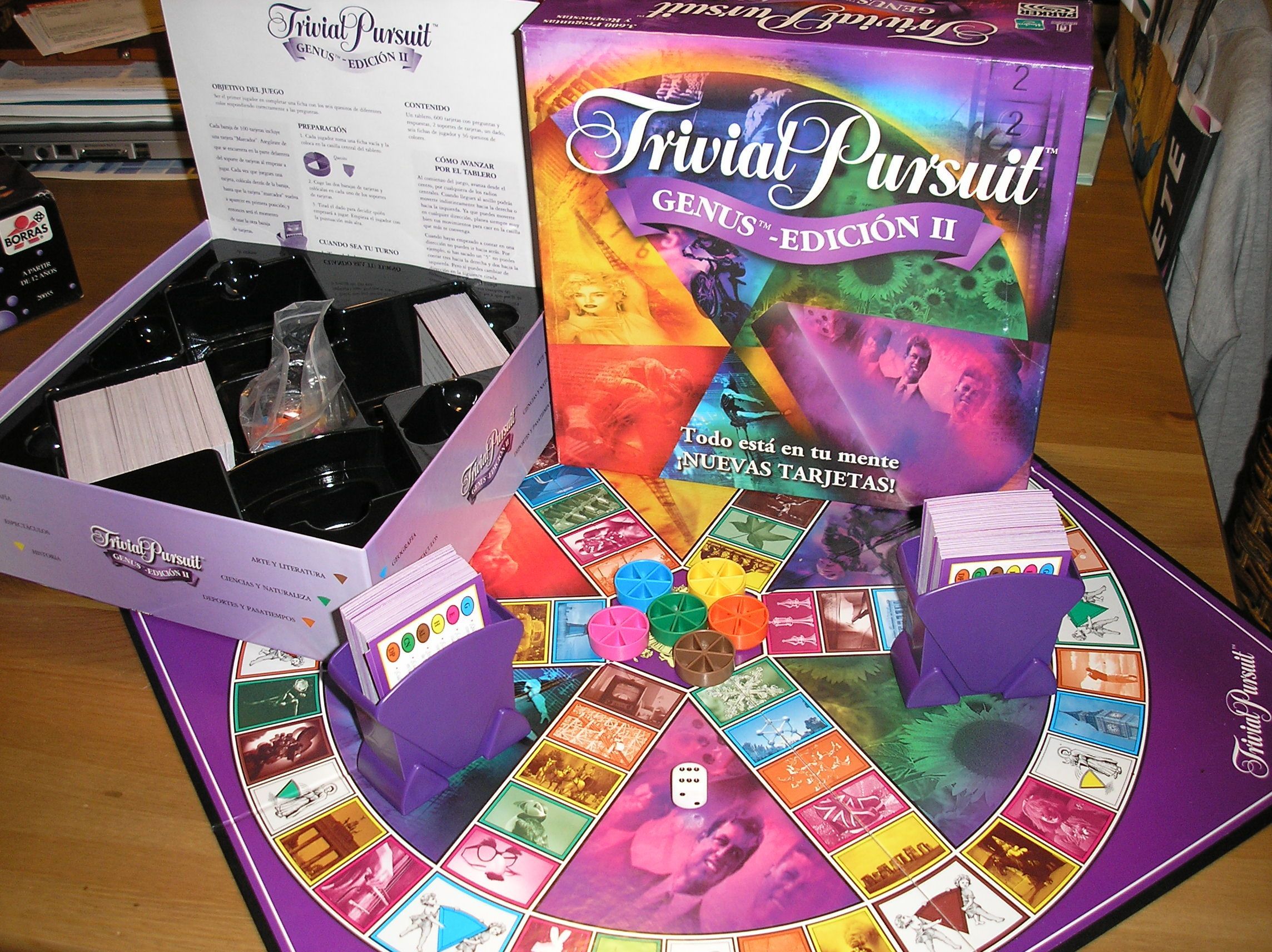 This version of Trivial has only one major change concerning the classic Trivial Pursuit: there are no dice squares (with the classic picture of the monk throwing a giant dice), but "shortcut squares" instead. Each of them allows the player to reach (depending on the color of the square) directly one of the six cheese portion squares. Also, there are only five squares between cheese portion spaces, so it's possible to reach one from another with a six in the dice. Those small changes make the game faster. For the rest it's just like the old Trivial: you have to gain all the cheese portions, one of each different color (which means different kind of knowledge), you can move your counter as long as you answer correctly to general knowledge questions.