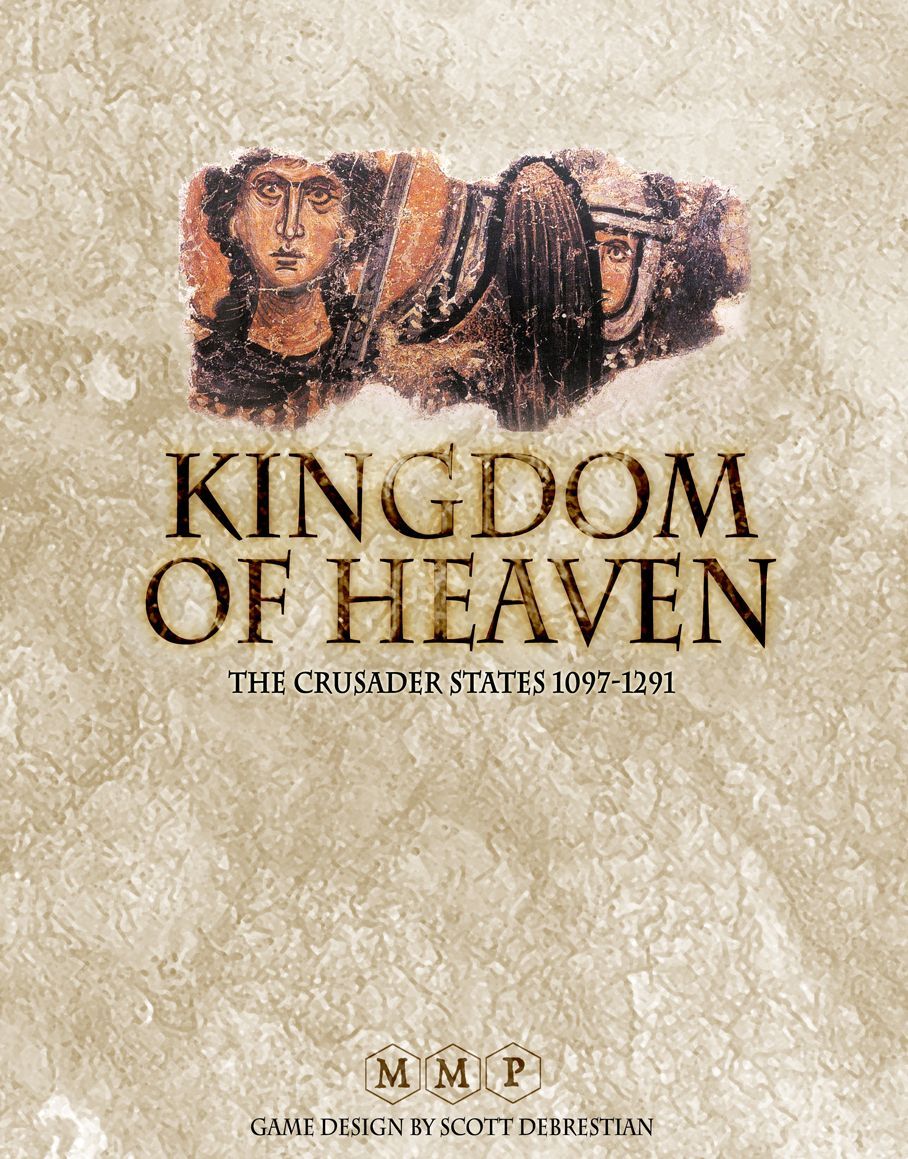 In 1097, thousands of lords and knights, soldiers and camp-followers, pilgrims and prophets marched east in response to a Papal appeal, charged with the task of restoring Jerusalem and the Holy Land to Christian control. Their surprising victory led to the creation of the first overseas European colonies and the reshaping of Muslim power in the Middle East. The repercussions of their journey continue to live with us today. In Kingdom of Heaven - The Crusader States 1097-1291 (KOH) two players use cards to activate forces, trigger random events, conduct diplomacy or prosecute siege warfare on a vast arena stretching from Antioch to Cairo and from Cyprus to Mosul. Nine scenarios cover all the major campaigns of the era, from the First, Second and Third Crusades to the Mongol invasion and the rise of the Mamluk Empire. In addition to the ‘basic deck,’ each scenario adds different cards representing historical events unique to that campaign. Turns are yearly, and most scenarios can be finished in 3-4 hours. The historical scenarios pit the greatest commanders of the age against one another: Nur ad-Din, Richard the Lionhearted, Saladin, Frederick Barbarossa, Louis IX, Hulegu Khan, Baibars, and many others. They range in length from the 3-turn First Crusade learning scenario to the 7-turn assault of Baibars on the faltering ramparts of the Crusader States. Kingdom of Heaven - The Crusader States 1097-1291 contains: 1 22x34” cardstock map 110 “poker quality” playing cards 528 5/8” counters 24 page rule book 24 page scenario book Kingdom of Heaven - The Crusader States 1097-1291 was designed by Scott de Brestian, developed by Neil Randall, and features the art of Niko Eskubi and Mark Mahaffey (source: MMP website and user's description)