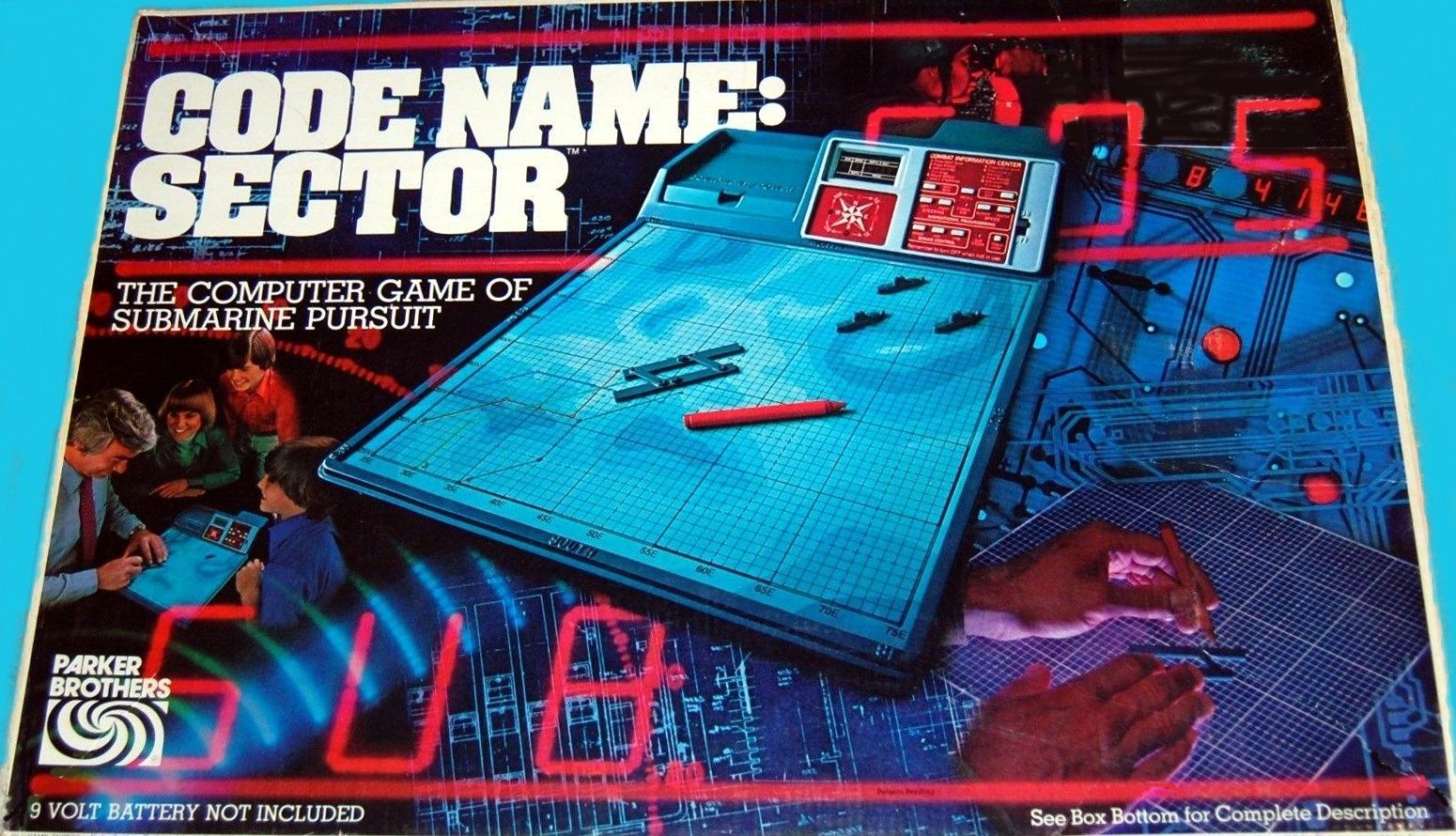 The computer game of submarine pursuit Use a real computer to track an unseen sub. Be in command of the combat information center. Plot you ship's course on a nautical chart. Avoid costly collisions. Aim and fire torpedoes at the sub. Miss the target and the sub retaliates. The board game where you match wits with a computer Decades ago -- when computers were first developed -- a computer would cost over a million dollars and would fill an entire room. Now, after extensive research with a leading electronics company, Parker Brothers brings you a powerful computer designed strictly for family fun. The CODE NAME: SECTOR computer is capable of making thousands of calculations per second. Its solid-state memory keeps track of players positions at all times. And its logic circuitry instantly detects collisions, counter-attacks, misfires, and hits. A combat information center contains all the controls needed to navigate within range of the sub and fire. An electronic readout, made up of light-emitting diodes, automatically displays information supplied by the computer. The computer works with you as you track down an enemy sub on a nautical chart. Being the first to sink it isn't easy. With over 3000 possible underwater locations, the sub is unlikely to be in the same place twice. An electronic display provides players with complete combat information during the course of the game. A ship's direction is shown on a lighted compass. A steering capability allows players to change course from left or right to close in on the sub. A pair of speed controls allow destroyers to travel at 9 different speeds. An evasive sub option makes the game more challenging for experienced players. A programmed learning sequence teaches the play quickly and easily. A sonar control area is used to determine range information and to aim and fire torpedoes. The game comes complete with: Computer console Nautical playing/plotting surface Marking crayons (4 total) Crayon sharpener Parallel rule Replica submarines for scoring (8 total) Reusable erasing cloth 9 VOLT BATTERY NOT INCLUDED. ALKALINE BATTERY RECOMMENDED FOR BEST RESULTS.