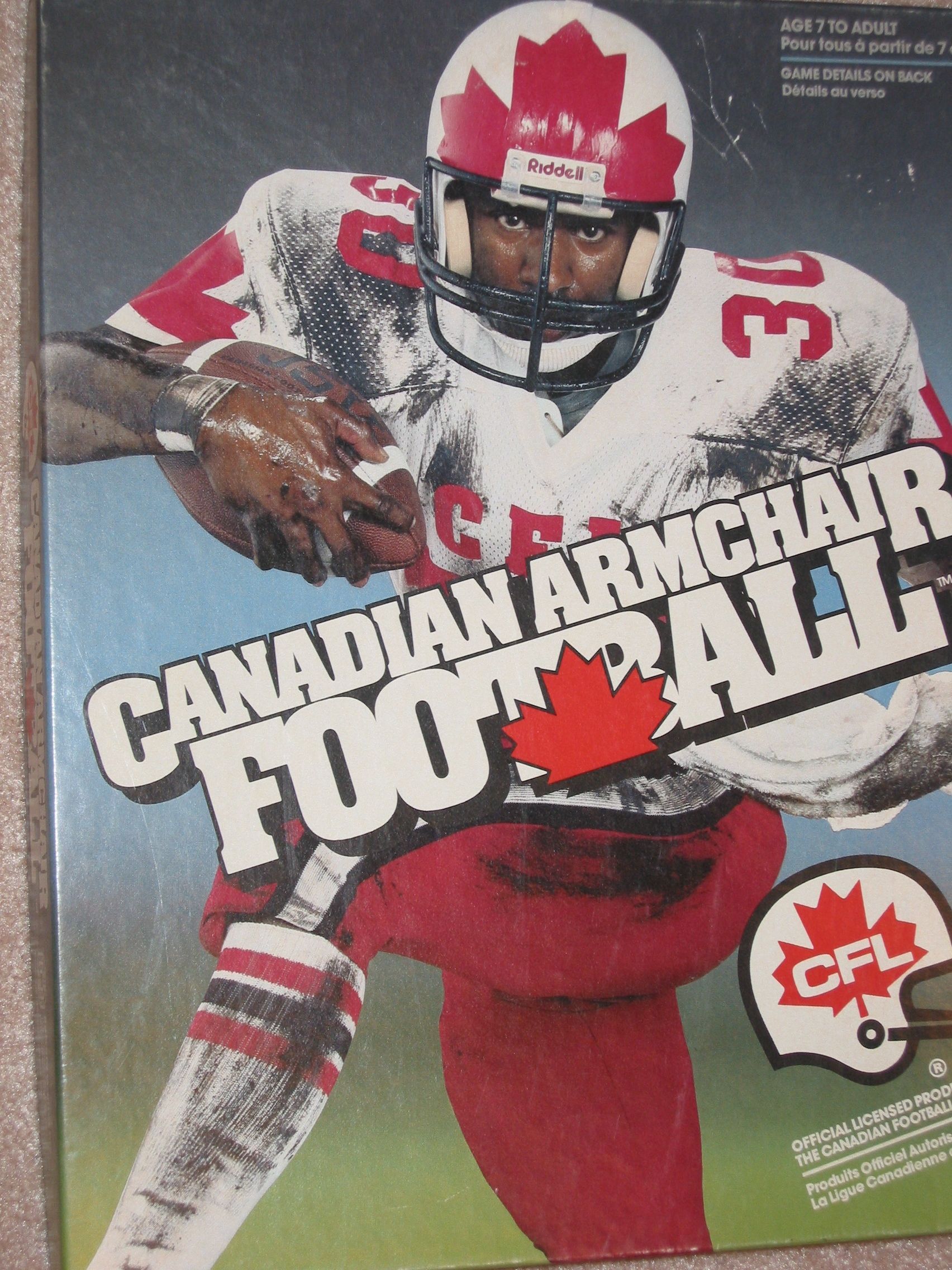 From the Rule book: Canadian Armchair Football is a game designed to test the football enthusiast while at the same time teach the novice the intricacies and strategy of Canadian football. Each player becomes the quarterback. By referring to the play book, he calls the plays using his own strategy to score points by moving the ball down the field. Although designed for two players, the game lends itself well to a solitary player or several divided into teams. Comments: The game seems to consist of calling an offensive play (short run, long run, pass) and then rolling the dice to determine the outcome of the play. Contents: One gameboard, two dice, two tokens, yardsticks (used to measure the 10 yards for a first down and record the downs), a play book, instructions, and one statistics score pad.