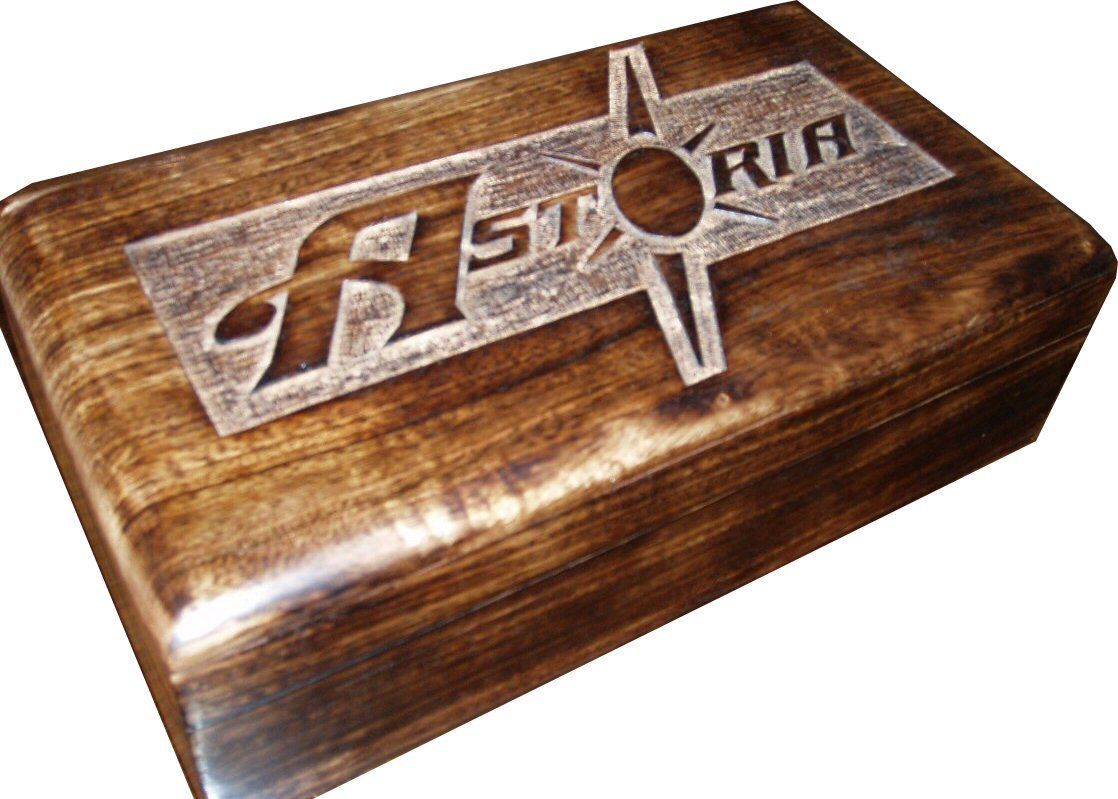 Astoria is two games in one : the board introduces a game named 'Combination Version' on one side, and another game named 'Epic Version' on its other side. Each version game puts the players in the role of powerful mages and alchemists, who are trying to find a cure to the strange and sudden illness that stroke the king of Astoria. The material included (four glass flasks, 60 shining gems in six colors, 66 cards) is used differently, depending on the game played. The Combination Version is team-played. By placing gems, players put in place the components that will make them able to produce one of many different magic components. Those components will be used as reagents in the cure. When playing, a player merely chooses an action among three : draw a new card add a gem to the pattern, trying to put a reagent in play move a gem on the pattern to another place, thus producing an 'alchemy reaction'. The players use alchemy powers to prevent the opposing team from putting their reagents in play, or to speed up their own production, in order to produce the best cure for the king and be rewarded accordingly. The game ends as soon as one category of gems is depleted, so it is important to delay the end of the game if your team hasn't found the best cure yet. The other side of the board presents a completely different game named the "Epic Version", that includes more diplomacy and roleplaying features. Players are powerful mages trying to save the city of Astoria from three disasters : a barbarian invasion, a revolt, and the wrath of a powerful dragon. They develop their powers by creating magic items and putting them in play. Magic items are from six different magic sources, and each source can be used for a different effect on the city. The players use those magical forces to fight off the barbarians and defend the city from the besieging forces. The barbarian hordes will also be reinforced by war chiefs and sorcerers that will add to the pressure on the city. The players objective is still to find a cure to the illness of the king of Astoria. But some of the mages are also traitors, trying to lead the king to his final rest and give victory to one of the enemies of Astoria. Players have to watch each other, and may accuse another mage of treachery. They also have to keep an eye for the king's health, for if he dies, everything will be lost for the defenders. The game has different endings : the king can die, or can be saved. Or the city may fall to the hands of one of the enemies of Astoria. If one of the enemy factions comes to its maximal force, the game immediately ends with the victory of this faction (and, possibly, the victory of the traitor that was secretly supporting it!). Both the Combination and the Epic Versions use a scoring method that makes it possible for players to play the game in competition and tournaments.